Daniel Johnson felt Preston North End could have gone in at half-time with a stronger lead, and was left frustrated by missed chances as visitors Queens Park Rangers went onto win 3-1 at Deepdale. 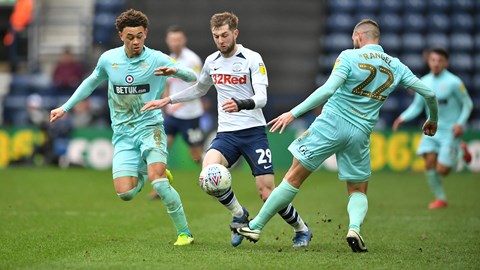 The Lilywhites’ No.11 put Alex Neil’s side ahead at the break having scored a first half penalty, but the away side came from behind with goals from Grant Hall, Ryan Manning and Ebere Eze securing the points for Mark Warbuton’s men.

And speaking to iFollow PNE after the game, the 27-year-old admitted his frustration as the visitors’ turnaround saw them leave Deepdale with the victory.

“It’s football and this is what happens, and we got punished, we didn’t take our chances and obviously they did.

“When you’re on top you’ve got to take your chances and I felt we created a load of chances today, to even go two, three nil up in the first half, obviously we didn’t.

“We wanted to replicate what we did in the first half in the second half, it didn’t go that way for us and we got punished.

“We created so many chances today and I definitely though that, especially in the first half, we could have been at least two, three up. But we didn’t and we got punished on the back of it.”

Sean Maguire hit the woodwork twice – once in either half, with a low strike against the post and a looping header hitting the crossbar  – and DJ is confident that the striker’s luck will turn soon.

“For Seani, he’s just been really unlucky because he’s been really unfortunate not to get goals in the last couple of games. He’s had some really good opportunities and that’s just his luck at the moment.

“But it’s like I’ve said to him before, keep going and that chance is going to come and make sure once you get that one, you’re going to get a few more.

“It is frustrating when a chance like that happens and it comes back and you’re just thinking, ‘Go on, stick it in the back of the net,’ and maybe he’s just running a bit too quick. These things happen so we’ve just got to dust ourselves down and go again next week.”

The midfielder also agreed that losing Paul Gallagher to a knock with the scores still level was a difficult moment, as North End looked to break down ten man QPR, following Geoff Cameron’s dismissal. 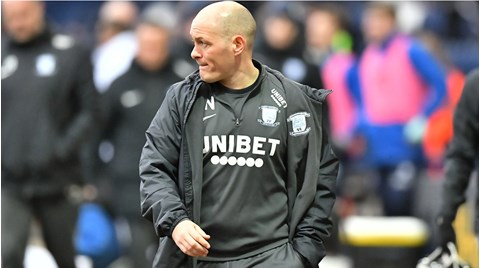 Alex On ‘A Sore One To Take’

“We’ve missed him in the last couple of games, Gally’s a really big player for us and it’s unlucky for him he had to come off.

“I think with the personnel we’ve got on the pitch when they go down to ten men, we’ve got to take responsibility and take control of the game really and we didn’t today, we let ourselves down.

“We’ll have a look at it, see where we went wrong and hopefully next time we can be better.”

DJ’s aim remains the same, however, and with nine games remaining of the regular Sky Bet Championship this season, the midfielder is determined to increase their number of games come May with a place in the top six.

“It’s incredible, on the back of three defeats, we’re still sitting – not relatively comfortably – but we’re still in there [the top six]. I think it’s down to us and we’ve got nine games until the end of the season and hopefully we can turn that into 12 games.”