5 March 2020
Dean Whitestone will be the referee for the visit of the Rs to Deepdale, having only been in PR1 six weeks ago, for our home win over Charlton Athletic in late January.
The Northamptonshire official has refereed PNE games on 12 previous occasions, the first of which was at Bramall Lane back in October 2008.
As mentioned, the official has taken charge of three North End fixtures so far this season, the aforementioned Charlton win, plus the trip to Reading’s Madejski Stadium in October and August’s trip to Swansea City.

He has officiated 24 games so far this campaign, issuing 64 cautions and two red cards – both in the same game between Swansea City and Middlesbrough in December. 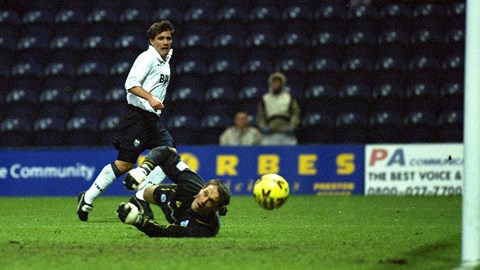 5 March 2020
Prior to this season, he last refereed North End in October 2015 in a goalless draw with Bolton Wanderers at Deepdale.
Two of the stand-out PNE games he has been in charge of, were a 3-0 victory at Barnsley in August 2009, and a 3-1 triumph on the road at Doncaster in October 2012.
Saturday’s referee is yet to take charge of a QPR game away from the Kiyan Prince Foundation Stadium, having been there for their opening home game of the season and last month’s 1-0 home defeat to Bristol City.
The rest of Saturday’s third team will be made up of assistant referees Nik Barnard and Mark Dwyer, whilst the fourth official will be Steven Copeland.