Preston North End entertain the Rs for the 21st time in league action when we meet in the EFL Championship this Saturday.

5 March 2020
We didn’t actually first meet until after the Second World War, the first game at Deepdale being in September 1949, when the Lilywhites won 3-2.
Since then, in the previous 20 games here, the visitors have only been successful in taking the points on two occasions, firstly in September 1967 and most recently with a 3-0 win in February 1980.
Overall, PNE lead the head-to-head with 15 wins to QPR’s ten in the 41 league games played thus far, with our biggest home win being the one we are looking back on today, our 5-0 success in February 2001.
It was a stunning performance from the hosts, as red-hot Jon Macken scored twice as North End put struggling Queens Park Rangers to the sword with a rampant second half display at Deepdale.
Brian McBride - with his only PNE goal - before his return to the United States - David Healy and Iain Anderson also found the net as Rangers sunk deeper into the relegation mire.

PNE boss David Moyes had stuck with a three-pronged attack for the visit of the Londoners - the first home match at Deepdale for five weeks. 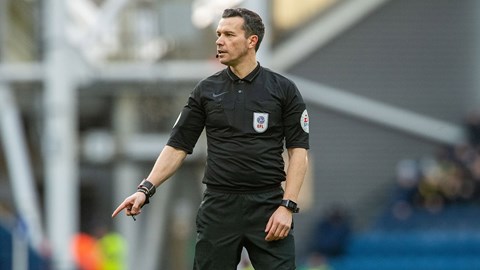 5 March 2020
North End should have taken an eighth-minute lead following Lee Cartwright's searching cross. Macken tried to get in a header but, from the clearance, McBride's ten-yard strike rebounded off a post.
Minutes later, the busy Healy cut through the defence, but his shot took a deflection off Jermaine Darlington. As the hosts continued to dominate, Macken's 18-yard drive seven minutes before the interval somehow squeezed inches wide.
This proved to be the last effort on goal in the first period and the half ended goalless.
But Macken scored twice in ten second half minutes as David Moyes' half-time chat evidently had a huge impact on his players.
The striker's first on 50 minutes followed a neat link up with another Manchester United old boy Healy. Macken started the move and flicked to Healy and from the short cross Macken netted from five yards.
His second on the hour came courtesy of a defensive mix-up involving Matthew Rose.  Macken pounced on his chance and slipped the ball into the net.
American McBride got in on the scoring act with a half-volley on 67 minutes in the driving rain, before Healy himself grabbed a slice of the action with a terrific goal on 70 minutes.
PNE were buoyant and continued to stream forward against a shell-shocked QPR defence. Anderson replaced McBride after 75 minutes and three minutes from time he completed the scoring with a right-foot shot from 18 yards.
There had been little indication that a game which had ended goalless at half-time would have finished 5-0 to the home side, but the Lilywhites, who seemed destined for mid-table mediocrity just two weeks ago, suddenly looked Play-Off contenders once more.