It is five years ago today since North End made it tenth time lucky, defeating Swindon Town 4-0 in the League One Play-Off Final at Wembley.

After suffering the disappointment of defeat just a three weeks earlier, North End completed a superb Play-Off campaign in style with a convincing victory under the arch.

After four unanswered goals in the semi-finals against Chesterfield, the Lilywhites had shown terrific character in bouncing back but the best was yet to come. 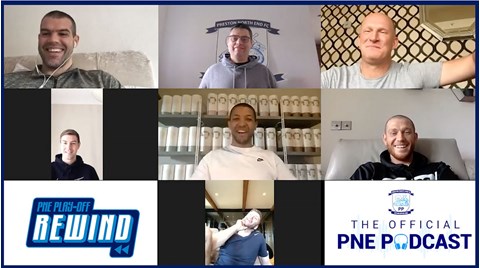 Despite the club's record in the Play-Offs previously, there was a confidence within the side and that was clear to see from the first whistle. Jermaine Beckford, who had been in outstanding form in the lead up to the final, opened the scoring with just three minutes on the clock before Paul Huntington got the second just ten minutes later.

North End grabbed a third before half-time to really settle the nerves with a return to the Championship just 45 minutes away. Beckford sealed his hattrick just before the hour mark and that's when the party really started in the stands!

It was a day that will live long in the memory of all those associated with the club and we have plenty for you to enjoy today as we reflect on that incredible day in 2015.

We look back with some of our interviews and features that we have shown on our channels over the last few months, as well as some new ones, including your opportunity to watch the full 90 minutes once again… what else would you do on a windy Sunday afternoon in lockdown?!
As part of our Play-Off Rewind series last month, we gave supporters the chance to relive the full 90 minutes and you can still do so by heading to our YouTube channel.
Watch the full 90 minutes here
We also caught up with a selection of those who played a vital role on the day in our vodcast specials which are both over an hour long. The first saw Jermaine Beckford, Joe Garner, Paul Gallagher, John Welsh, Paul Huntington and then manager Simon Grayson reunite to discuss the events from Colchester through to the win under the arch.
Watch our first vodcast here
For the second part, we were joined by Alan Kelly, who followed in his father’s footsteps at Wembley whilst with North End, plus Bailey Wright, skipper Tom Clarke and giving a fans’ perspective we have matchday host and PNE supporter Simon Crabtree.

Both vodcasts are also now available to listen to as podcasts on the go! They are available as usual on Spotify, Apple Podcasts and SoundCloud!

In another reflective interview, Daniel Johnson also shares his memories of that season having joined the club in January 2015, and he describes the win at Wembley as his best moment in football so far.

Watch the full interview with DJ

We also have two new interviews coming later today here on PNE.Com and iFollow PNE, as we get the thoughts of Alan Browne, who returned to the squad for the semi-final second leg before getting an hour of action in the final.

The second sees us catch up with former North End midfielder Neil Kilkenny who speaks to us from his home in Perth to reflect on that season and that special day at Wembley.