Back in 2001, North End were hunting down a Play-Off place in their first season back in the Championship as the Owls visited Deepdale in February. 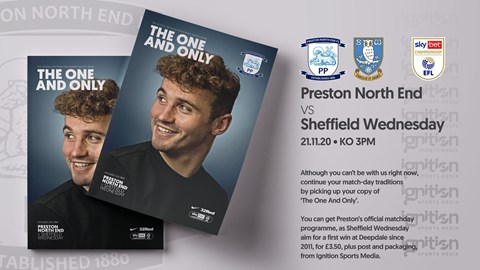 And the Lilywhites boosted their Play-Off aspirations as the trap-door loomed larger for Sheffield Wednesday after a successful afternoon for David Moyes’ team.

The struggling Owls - who the prior week climbed out of the relegation zone - matched up to their opponents in the first half, but they never recovered from the shock of quickly falling two goals behind.

Within four minutes of the restart midfielder Paul McKenna hit the mark with a stunning 25-yarder.

Visiting goalkeeper Kevin Pressman desperately tried to keep it out, but could not stop the ball rifling into the corner of the net.

And three minutes later Wednesday were hit by a second whammy. Jon Macken, who missed the previous Tuesday's defeat against Birmingham City, clinched his 15th goal of the season from the sharpest of angles.

Initially Rob Edwards crossed from the left and Macken somehow stabbed the ball in from close range.

Wednesday held their own in the first half and Efan Ekoku crossed from the by-line to set up a great chance for Trond Soltvedt whose shot was deflected.

But PNE should have added a third goal from a neat move on 80 minutes. Edwards' free-kick found Colin Murdock on the far post. Murdock headed sideways, but the lurking Macken could only manage to head wide.

Towards the end Deepdale was hit by snow showers and the visitors nearly grabbed a consolation goal.

A ten -yard Ekoku header rebounded off the bar and fortunately for the hosts, Edwards was on hand to clear away the danger for a corner.

To watch the next instalment of these two clubs go head-to-head, you will need to sign up for an iFollow match pass – the only place you watch the game live. Click here now to sign up for a pass, with the Blackburn Rovers and Watford games also now on sale. This weekend’s game sees one of the scorers in this game, Paul McKenna, on commentary duty with Jonathan Breeze.