Alex Neil was pleased that his side bounced back from back-to-back home defeats with a resounding 3-0 win away at Reading, hailing the victory as the ‘perfect response’.

Alex Neil was pleased that his side bounced back from back-to-back home defeats with a resounding 3-0 win away at Reading, hailing the victory as the ‘perfect response’. 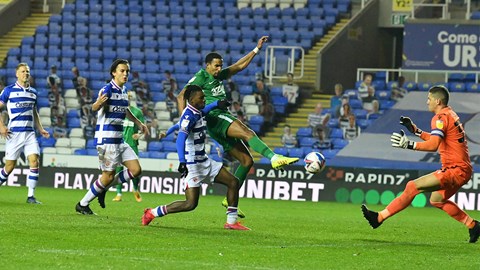 Daniel Johnson missed a spot kick for the visitors early in the second half with the score still level, but they rallied nonetheless, with goals from Scott Sinclair, Emil Riis and Brad Potts maintaining North End’s superb form on the road.

The manager highlighted the importance of his side’s reaction this evening as they came back from successive home defeats in style, adding that he never doubted his players’ mentality.

“I think it’s been the perfect response to two disappointing results at home and I think we needed to react tonight, we needed a result for the players, the club, everybody really because it’s been a bit flat over the last couple of games.

“We’re disappointed and the only thing you can do as a player, a coach, a team, is respond and go and try to do your best the next game. The one thing this group will never do is they’ll never lack endeavour or effort, anything.

“The bits of quality we needed tonight, we produced. I think that’s been the difference. We missed the penalty and it’s easy at that point to then go into our shells.

“We’re then hoping we’ve got the character to bounce back and I thought we had that in spades tonight; if you look at the players in terms of what they put into the game, Scotty does great for his first goal, delighted for Emil, he gets us a penalty and gets us a goal again and he’s having a real impact for us at the moment, which is great.” 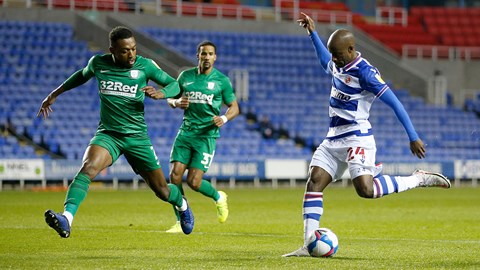 Alex said the first goal was crucial at the Madejski Stadium and felt his side fully merited the three points for their night’s work.

“We thoroughly deserved it tonight, I thought we were the better side, we had some good chances – Pottsy had one at the back stick and could have scored, we missed a penalty. We have to defend as well – Declan makes a great save for us in the first half.

“Tonight, we had more than that, probably ten or eleven players playing well, and when you’ve got that you’ve got a good chance.”

Alex also had plenty of praise for Emil Riis’ start to life with North End after he scored his first goal for the club.

“He’s [Emil] bundled his way through, bashed him out of the way and he’s quick, he’s powerful, gets his penalty, gets in behind and he’s a real handful for defenders at this level.

“I think he’s showed his qualities tonight, gets his goal which I think all strikers need, so that will be great for him, and hopefully he can go from strength to strength now.

“You look at the legs we’ve got at the top end of the pitch, again it’s Emil who actually helps the ball for Tom to get in behind – a great run from Tom, does what Tom does he runs away from people, gets into good spaces. He has the composure and the quality to pick out that pass for Pottsy and he slams it in the roof of the net. It wasn’t any more than we deserved.” 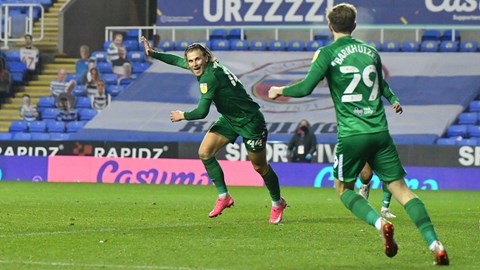 The manager feels his side are not far away from where they should be but remains determined to improve the Lilywhites’ fortunes back on home soil.

“Thirteen [points], I think we should probably have an extra two or three points on the board but that would probably put us sixth or seventh, and I think we’re about 13th at the moment. I know our home form has been rubbish but at the end of the day we’re not far away from where we probably should be considering.

“I think the start we’ve had in terms of games and who we’ve plated has been extremely difficult as well. We’re doing alright. Tonight we will enjoy it because the lads have been brilliant tonight

“I think on the road, we’ve been absolutely smashing the season, so we just need to put hat home form right. I can assure you that me, the players, everybody is hurting with that home form. But We’ll enjoy this win, get ourselves ready for Rotherham and hopefully win that.”