Davies: “Not The Return I Wanted”

Ben Davies admitted it was not the kind of return from injury that he wanted as he stepped back into the defensive line for North End’s 4-1 defeat against Watford.

Ben Davies admitted it was not the kind of return from injury that he wanted as he stepped back into the defensive line for North End’s 4-1 defeat against Watford. 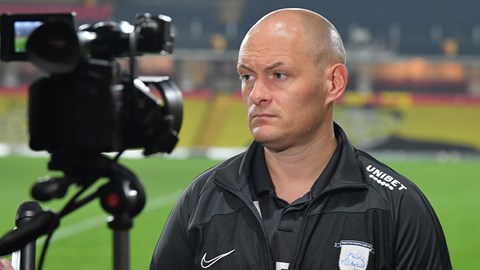 Making his first appearance in almost six weeks – since the home defeat by Cardiff City in mid-October – the Lilywhites’ No.6 was praised by manager Alex Neil in his post-match comments despite the reverse at Vicarage Road.

North End showed encouraging signs in attack and pulled the scoreline back to 2-1 through Tom Barkhuizen early in the second half, but subsequent strikes from Nathaniel Chalobah and Joao Pedro ensured defeat for the visitors, and Davies confessed his disappointment to iFollow PNE post-match.

“It’s obviously not the return I wanted in any way, but it’s good to get some minutes in because an injury I didn’t expect to last that long ended up lasting quite a while with a couple of niggles as well when I was coming back” said the 25-year-old. “It’s good to finally get back out on the pitch but it’s obviously disappointing today.

“We’ve got injuries in wide areas, so we’ve had to come up with a plan to come here and try to think of the best way to go about the game.

“We’ve created a few chances that if they had gone in, it might have been a different day, but we’re just really disappointed with the way we’ve defended today because you can’t come to places like this, and the quality that these players have got, and concede the kind of goals that we did today.”

Watford’s second goal came from the spot, with Troy Deeney converting, and within 15 minutes, North End had a shout for a spot kick of their own when Emil Riis looked to have been brought down. 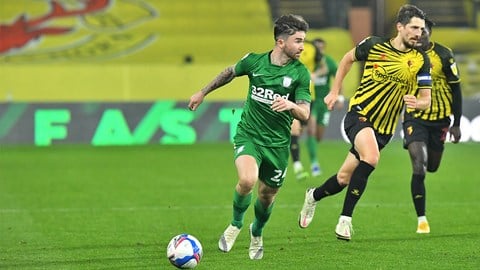 Davies admitted that things might have panned out another way had those decisions been adjudged differently, but was ultimately disappointed with the goals that the Lilywhites conceded against Vladimir Ivić’s side.

“I think I probably had a better view of our shout than their penalty. The referee was right behind it, so he must have just clearly not thought it was a penalty, because he had a clear view of it, but I thought we had a shout for one but he hasn’t given it. On another day we might get it but, on another day,, everything is different.

“They’re big moments, penalties, but even if we go and score another, we were still unacceptable defending at times. We just want to draw a line under it because we’ve got games coming all the time and if we dwell on it too much then it’ll carry over into our preparation for the next game.

Davies and his team-mates face another recently relegated Premier League side on Tuesday night, with the last trip to Bournemouth – in the Carabao Cup in 2016 – evoking positive memories for the defender.

“That’s the beauty about this season at the minute, there’s games all the time, so always another chance to start a run up.

“They’ve kept quite a lot of their squads together these teams, so another good test. I remember obviously a while ago the last time we played there was a good trip down so hopefully we can get a similar sort of performance and result and really get some positives in the club going forward.”

Watch more from Ben by clicking the video above.