Midfielder Paul Gallagher took on a different role last week, joining manager Alex Neil and Steve Thompson in the dugout, with Frankie McAvoy isolating. And the No.12 admits he enjoyed the experience, but said that the hurt when you don’t win a game was just as bad as when you are playing.

And the No.12 admits he enjoyed the experience, but said that the hurt when you don’t win a game was just as bad as when you are playing.

“I have really enjoyed it,” he told iFollow PNE. “I have seen the game from a different perspective and have been around that matchday coaching environment, which has been something I have enjoyed.

“My first one was against Huddersfield, where we came away with a good result, but the last two home games have been frustrating, to not come away with any points, so as much as I have enjoyed it, there is a frustration of not winning at home and not getting any points from those games.

“Winning is always a high – if you win as a coach, it means all your plans and preparations have come off and when you don’t win, you are disappointed, because you think about what you could have done better – the game plan or whatever you have come up against.

“At the minute we are hurting, having not won at the weekend, but when you are in that coaching role and you lose, you think about how you could affect the game. I have enjoyed the role, but we just want to get back to winning ways – at home especially.”

So, has the last fortnight given him a new insight into what is involved off the field?

“Personally, I knew that the manager worked his socks off. He is in early in the morning and doesn’t leave until late at night, covering every aspect of the opposition’s team,” he continued.

“The work he puts in, and the staff around him, to get every detail that the players need about the opposition coming up, gives you, as a player, every opportunity to go out on the pitch, knowing their strengths, weaknesses and how you can hurt them.” 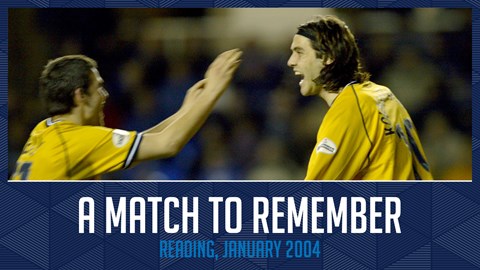 Reading are the Lilywhites’ next opponents and the experienced former Scotland international is hoping their style of play is another that suits PNE.

“I am sure the manager will set us up in the right way to go and get a positive result. Our away record has been excellent and we will look to continue that.

“I watched them against Blackburn last week and they were excellent. They have threats all over the pitch and they play expansive football, but this season we have played our best against teams that play that way.

“Teams have left us spaces to play in and we have taken advantage of that. Against Huddersfield, they went man for man all over the pitch and we like that challenge. We went to Norwich and it was the same and we put in a really good performance and we will go to Reading with good confidence, knowing we are on a good away run and hopefully we can get another good result.

“We haven’t always done well at Reading; I think the last time we won down there it was 2-1 under Simon [Grayson] and we were really good that day and then the next season we played them on the first day of the season and Jaap Stam had gone in and they were a completely different outfit.

“We have had some really difficult games at Reading, but hopefully we can go down there, play the way we have been doing away from home and put in another good performance and get a good result,” he added.

You can watch the full game from the Madejski Stadium live on iFollow PNE. The game is a 7pm kick-off and we will be live with Guy Clarke and Paul Sparrow from approximately 6.45pm, bringing you all the action – click here now to buy a match pass.