Paul Huntington Looking To Bounce Back

Preston North End centre half Paul Huntington is looking for the Lilywhites to give an immediate response as they head to Watford this weekend.

Preston North End centre half Paul Huntington is looking for the Lilywhites to give an immediate response as they head to Watford this weekend. 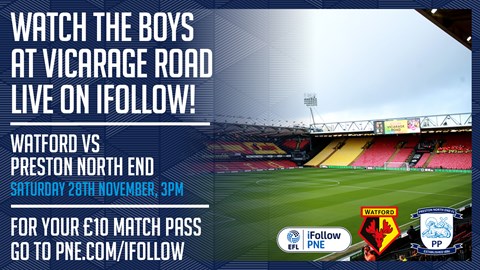 The experienced defender, who made his 287th appearance for the club in Tuesday’s derby clash with Blackburn, said the side were pleased to have another game and were looking to move on.

Speaking to iFollow PNE ahead of the trip to Vicarage Road, he said: “It is probably a good thing for us to haver a quick turnaround. [After a defeat] you want that next game quickly.

“It was disappointing on Tuesday; the red card came after we thought we had weathered the storm and DJ probably had the best chance and then 30 seconds later the incident happened.

“The second half was disappointing. As we saw when we were a man up against Sheffield Wednesday, we could have quite easily have wrapped it up by more goals, but we have to move on quickly and look to the next game and bounce back.”

Having come into the side in recent weeks, the No.23 said he was feeling the benefits of a run of games: “It is hard to say after a defeat, but fitness wise I feel okay. It was hard going with ten men; backs to the wall in the second half, but we need to move on from that.

“There is another three points available on Saturday. We have a good group of honest lads here who will all be playing for each other, fighting for each other on the weekend, so I am looking forward to the next game.”

In the four games since his return, manager Alex Neil has been forced to change the back four regularly due to injury and suspension and the former Newcastle United man says the players just need to deal with it.

“You are changing most weeks due to circumstances you can’t control, or the manager is, and it is frustrating.

“You have to play right side, left side, with different full backs… or no full backs!

“We just have to get on with it and stick together to have a positive reaction on Saturday, which I am sure we will do.” 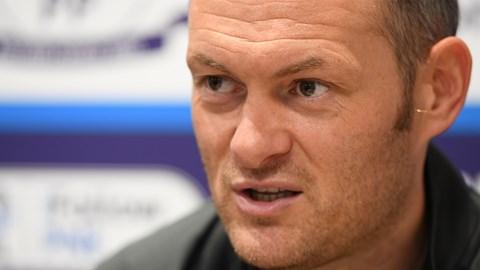 Alex Neil: “We Have To Go With A Real Determination”

And heading south, the excellent away for in 2020/21 gives the squad plenty of confidence that they can keep that up at the first of two games against sides recently relegated from the Premier League in the space of the next few games.

“Our away form has been good and we showed at Reading that we can go to teams at the top of the league and put in a good performance, so we will dust ourselves down and get ready for the next game.

“We have shown consistently away from home that we can put on good performances; even at Norwich we were unlucky not to win the game, so that will hopefully suit us and, as the home side, they will be expected to come out and we can look to try and counter and use our quick players on the break.

“We are ready for the next game and we will prepare over the next couple of days to make sure we are ready to go,” he added.

There is more from Hunts on our opponents and the imminent return of fans in some parts of the country on the video at the top of the page – click now to watch the full preview of the game.

The game is only available on iFollow PNE this weekend, with Jonathan Breeze and Paul Sparrow on commentary duties, with match passes now available for just £10 – click here to sign up now.