Preston North End midfielder Ryan Ledson spoke to iFollow PNE ahead of the Lilywhites’ trip to the AESSEAL New York Stadium at the weekend.

Preston North End midfielder Ryan Ledson spoke to iFollow PNE ahead of the Lilywhites’ trip to the AESSEAL New York Stadium at the weekend.

The No.16 is looking to go into the latest international break with another positive result, but expects it to be a tough test, having been impressed by Paul Warne’s side since their return to the Championship.

“They have started well and they look a lot better from the last time they were in the Championship. They have learnt from that, gone down, come back up and they look a better side,” he said.

“It is going to be a really tough game – we’re on the road again, in the green kit and hopefully we can get another three points, which would put us comfortably in the top half and everything would look okay.”

The former Everton man says that another three points on the road would put the team into a good position going into the two-week shutdown and give them something to build upon.

“If we can win on Saturday, it would have been a pretty satisfactory start to the season,” he continued. “The home form is going to change – everyone knows that, but as long as we are picking up points, no one cares.

“Just as long as we are putting points on the board, that is all that matters. 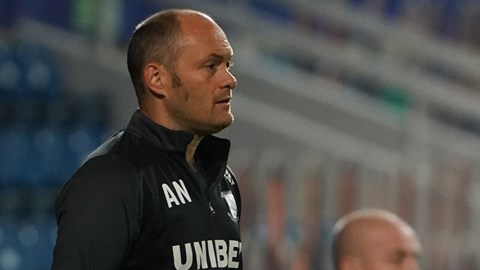 “If we can win our next home game, that would just stop the talk. It doesn’t really bother us as players – we want to do well and the fans not being there is a massive factor – and hopefully we can get them back in as soon as possible – but away from home, at this moment in time, we are winning games.

“That might change next season and the home form might be better, but as long as we are picking up points, that is all that matters.”

The November break for international fixtures comes after a period where the side have played seven games in 21 days and Ledo is looking forward to leaving everything out on the pitch in South Yorkshire, being having a rest.

“We’ll give it our all again on Saturday and then I think it is time to put our feet up, because in December we have eight games, including long trips to Watford and Bournemouth, back-to-back, which are two tough trips against massive teams.

“It shows now, with the fact we have had a few injuries, how hard it has been and hopefully we can get a couple back and we will be right to go again. 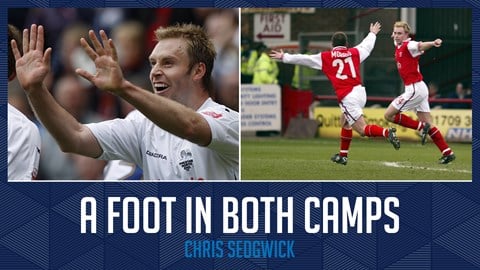 “I am starting to feel it now. I was one of those who had the bug that went around and it hit me for six, it felt like I had no energy. Not starting against Birmingham did a few of the lads a world of good, just freshening it up, which showed against Reading and it is now all about recovery and going again.

“All that’s in our minds now is getting another three points and we will be doing everything we can to get them,” he added.

You can watch Saturday’s game from the New York Stadium on iFollow PNE, as the Lilywhites chase a fifth straight away win against Paul Warne’s Rotherham United and we will have to guests joining commentator Jonathan Breeze on air, with Andrew Lonergan on co-commentary, plus our foot in both camps interviewee, Chris Sedgwick, bringing his views both pre-match and at half-time.