Preston North End midfielder Ryan Ledson says the team must put the defeat to Blackburn Rovers behind them and use it as a motivator coming into the next run of games.

Preston North End midfielder Ryan Ledson says the team must put the defeat to Blackburn Rovers behind them and use it as a motivator coming into the next run of games. 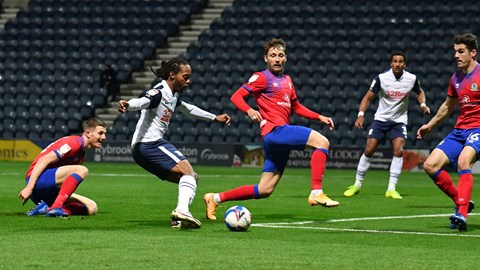 Speaking to iFollow PNE after the game, the No.18 admitted it was a ‘disappointing’ night.

“It's disappointing. Obviously the sending off doesn't help things, but it's not good on our behalf, getting beat 3-0 by your local rivals is never good and we are hurting in the dressing room.

“It will be sore tonight and tomorrow and then we will be back in Thursday, we'll probably look back at the game and see where we can improve, but then we've got another game on Saturday so we've quickly got to get our heads in to that.”

Going into the last minute of the first half, the game was goalless and then everything changed very quickly: “We grew in to the game in the first half and we started to nick the ball and counter and do what we wanted to do.

“Then DJ [Daniel Johnson] has a shot and within three passes they've got a penalty, that's football and that's how quickly things can change.

“We are now down at Watford and we are straight back and then we will be going to Bournemouth on Tuesday so it's tough, but this is the Championship, it's what we signed up to do and we've got to forget about tonight now. 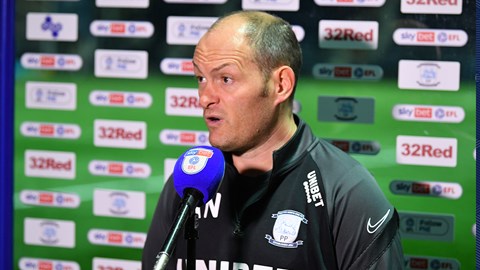 “I know it's tough, everyone will be hurting tonight, but we've got to quickly forget about this and use it as fuel to go again.”

The run of games - this being the second of 11 in 41 days - and the injuries currently besetting the squad is something Ryan says they just have to get on with.

“It doesn't help with the game situation, I think we've got nine games coming up in December, we're not robots at the end of the day, it's tough but we are going to have to roll our sleeves up and get on with it.

“We've got two massive games coming up away from home against the relegated sides and it is going to be really tough.

“Having a day off tomorrow and being in Thursday for some recovery and then travelling to Watford on Friday, that extra day can hopefully stand us in good stead,” he added.