A Foot In Both Camps: Alex Baptiste

Alex Baptiste will be tuning in to watch two of his recent former sides when Preston North End travel to Queens Park Rangers on Wednesday evening and we caught up with our former defender to reflect on his time with North End and preview Wednesday's game.

Alex Baptiste will be tuning in to watch two of his recent former sides when Preston North End travel to Queens Park Rangers on Wednesday evening. 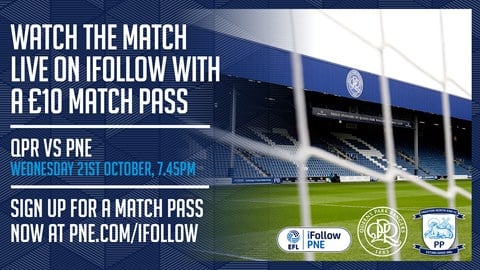 Baptiste, who now plays for Bolton Wanderers, joined PNE on loan for the 2016/17 season before then moving permanently to QPR in the following summer.

Alex told PNE.Com: “All the lads that I’ve played with at both clubs were fantastic, I’ve got a lot of great memories there and a lot of good friends there and I know the management staff at Preston really well.

Alex’s move to PNE saw him join up with Simon Grayson, who he had worked under during his time with Blackpool, and the signing may never have happened if he wasn’t in the right place at the right time.

Alex explained: “Simon Grayson was driving past me and Tommo (Steve Thompson) rang me up an hour later and said ‘what’s the script with you?’ and I said ‘I’m not in the squad’, and obviously Simon came in for me.

“I absolutely loved my time at Preston, I know there’s a lot of rivalry between the clubs (PNE and Blackpool) but I absolutely loved it. It was a fantastic year, the lads really welcomed me and Tommo was there. I’d played under Simon Grayson before, a lot of the lads who are still there now were brilliant and we did really well that year.

“We had a really good side, we had an outside chance of the Play-Offs until maybe when we lost to Leeds in April.

“Looking at the club now it’s gone from strength to strength; they’re always there or thereabouts the past few years and I was gutted that I didn’t sign to be honest. 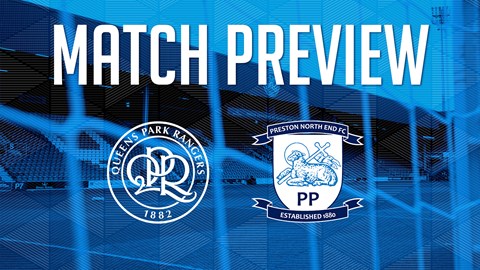 “I went back to Middlesbrough and I was thinking I’ve had a good year, but I did my knee in January and was out for a few months and I think that maybe hurt my chances a little bit, but that’s football. It was a fantastic time and I really enjoyed myself.”

During his first spell with Bolton Wanderers between 2013 and 2015, Baptiste trained at the Euxton training facility which the PNE squad moved into last week and he gave a glowing review of the base.

“I know first-hand what Euxton is like. It’s an unbelievable training facility and I’m so happy for the lads like DJ, Browney, Pearo because they’ve all been there since the beginning.

“There’s not a lot better in the country than where they are now so it can only help the players and the managers.

“It’s just striving towards where they want to be and that’s the top end of the Championship fighting for promotion.”

Wednesday evening’s 7.45pm kick off takes place at the Kiyan Prince Foundation Stadium, otherwise known as Loftus Road, and PNE will be hoping to take advantage of playing in a usually noisy stadium without supporters.

Alex said: “It’s quite intimidating, I can’t think of many grounds that are quite on top of you like that. You get the ball from a throw-in and the crowd’s literally two yards away from you so you can hear everything.

Watch the full interview with Alex by clicking on the video at the top of the page and join him in watching the game live by signing up now for a video match pass on iFollow – click here now for details.