Manager Alex Neil says it is a very different Huddersfield Town his side will face on Saturday to the one they played at the John Smith’s Stadium back in July.

Manager Alex Neil says it is a very different Huddersfield Town his side will face on Saturday to the one they played at the John Smith’s Stadium back in July.

Back then, the Terriers were managed by the Cowley brothers, but a change at the helm in the summer has seen Carlos Corberán come in from Leeds United and he has brought much of the ethos of Marcelo Bielsa with him across West Yorkshire.

“It is extremely different from before,” Alex told iFollow PNE. “The way they play, they way they function, what their strategy is and what they aim to do, is the opposite from what they did before.

“It won’t be anything like [the last game]. The one thing you need to take into account is the position they found themselves in back then. Every point was a prisoner then, to make sure they stayed in the division – which they did – so they deserve a lot of credit for that, but now they have a clean slate.

The North End boss has spoken many times before about his admiration of what Bielsa has done at Leeds and he says that he has a lot of respect for his opposite number at the John Smith’s Stadium.

“They have started the season very well,” he continued. “They are strong, physical and they move the ball to make the pitch big. They press extremely hard, so we know what is coming.

“Having said all that, the games that they have won, have been by one goal, so there has not been a lot in the games. I’ve actually seen every one of their games this year, because they have played Brentford and Norwich, which we have prepped for, and they are a proper team.

“There is not any question that the imprint and impression that Leeds left on Carlos, he has taken that with him – albeit they are not exactly the same, there are slight differences, but you can see that he believes in fast attacking football, pressing from the front, not wanting to give up possession to the opposition.

“Everybody knows I am a big of Leeds. I am a big fan of teams who want to have that aggression and I have really enjoyed watching Huddersfield play, I think they are a good side. 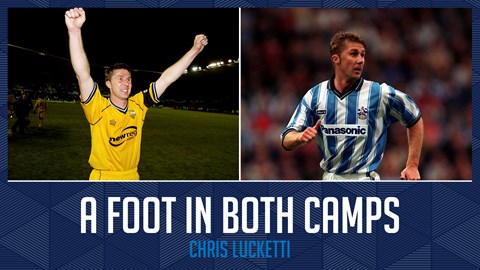 “I spoke to Carlos after the games; I have a lot of respect for him and I think he respects the way that we try to play as well, so it should make for an entertaining game.”

The Lilywhites’ preparations for their trip over the Pennines have been made more difficult with the long midweek away game, followed by one less recovery day than their opponents on Saturday and the manager feels the fixture computer could have been kind when it threw out the 2020/21 arrangements.

“I don’t think the fixtures have been kind to us. If you look at the set up of our fixtures, they are badly organised for us. To go down to London on a Wednesday evening and then have to travel back all the way on the coach and not get in until three in the morning and then be away again and we have others coming up, like Watford and Bournemouth away in the same week; I am not sure that is helpful.

“Sometimes you get fortunate with those type of fixtures, unfortunately for us, our fixtures have been horrific.

“We are a day down against a team that wants to run; we equally want to run, but that is an advantage to them. It is frustrating, but we have just rested, we have brought the lads in later, because it is all about recovery now. It is about having freshness in our legs, because, I can assure you, in this game, there is going to be a lot of running needed.

“But, a win just changes the mood of everything. There has been very little in most of the games; the key difference at QPR was that we got the first goal. I thought we put in some strong performances – but I could say that about some of the other games that we haven’t won.

“Defensively we were solid; it was nice to get a clean sheet and that is something we need to be more, but in terms of this game, hopefully we go in with a bit of confidence – on the road our form has been terrific – and we need to go and try and get another one,” he added.