Preston North End full back Andrew Hughes says it was an easy decision to accept a new contract after extending his stay at Deepdale.

The Lilywhites’ No.16 put pen to paper on an deal that will take him until at least the summer of 2022 and he said that he was hoping to push on again.

Speaking after signing on the dotted line, he told PNE.Com: “When you are in the final year of your contract, it is always in your head ‘what’s the next step?’, so it is good to get it all done and dusted.

“I feel really at home here. I love the club, I love the boys and everyone else involved in the club – the fans – so it was an easy decision for me.

“I didn’t feel like last season was one of my best seasons – injury had a lot to do with that – but I want to wipe that slate clean and take up this season where I left off the first season.

“I have felt more confident in recent weeks and the team and the whole squad is in good shape at the minute.”

His performances in recent weeks have been very positive for him and the team and he admits that there has been a change in what he has been doing.

“The gaffer mentioned about my high-intensity running and in the last couple of games it has doubled and I just need to keep adding that to my game and contributing to the team,” said the Cardiff-born defender.

“The modern-day full back plays that way. The way we play is all about the high press and high-intensity, so there is not one person on the pitch who can’t be at it.

“The forward players start off the press and we follow up with it, the modern-day full back has such an important role now.” 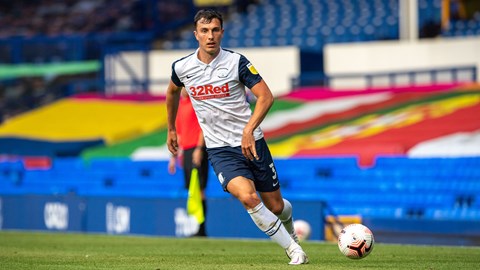 Josh Earl: “It Was A Very Easy Decision”

The 28-year-old feels that the North End squad is one that is still improving and is hoping that continues again in 2020/21 and wants to use the recent results as a platform to build from.

“It is a squad that is mostly about the same age and improving together. You look at where we have finished in the last couple of seasons, we have narrowly missed out on the top six and hopefully this year we can give it a good go.

“It is still early on in the season. Everyone wants to get off to a good start and we didn’t – but our first five games were against really tough teams, but the results of late have been really important and we need to kick on and use that momentum in the next few games.

“With the crowds not being there, every match is on the same grass and we just have to get on with it. It is just one of those things that we are picking up more points away from home than we are at home, but I wouldn’t read too much into that.

“Our next two games are very tough matches against two very-organised teams. They know how they play and they are difficult games, but we need to get some points on the board at home and after back-to-back wins, there is no better opportunity for us to do that,” he added.