Preston North End midfielder Ben Pearson says that the squad will look to build on their impressive comeback win over Brentford on Sunday, having lifted a ‘weight off their shoulders’ with the three points.

Preston North End midfielder Ben Pearson says that the squad will look to build on their impressive comeback win over Brentford on Sunday, having lifted a ‘weight off their shoulders’ with the three points.

Speaking to iFollow PNE the Lilywhites’ No.4 was delighted with the performance and feels that the result was what they deserved for their effort.

“Without getting that win early doors, you go into every game thinking ‘we need to win’ at it piles the pressure on week in, week out that you don’t get that win, so this lifted a bit of weight off our shoulders now and gain a bit of confidence from that,” said Ben.

“I thought we played alright first half. I thought we had more possession, more chances on their goal, but they just had two moments of quality and they went in.

“I think we were all still confident at half-time that we still had a chance and in the second half, everything we hit went in the net – it was probably the best we have played as a team for quite some time. It was nice to get what we deserved in the end.

“I don’t think we played that badly in the first half; we’ve played worse and been drawing or even winning games, so there was much to change. We just needed a bit more quality, a bit more intensity to spur us on.” 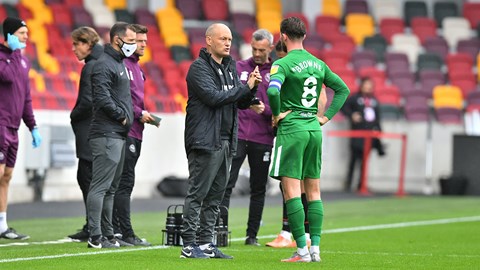 After levelling matters on the hour mark through Scott Sinclair’s brace, the hosts were pulled together in a huddle inside their own half by skipper Pontus Jansson, something ‘Pearo’ said the team used to motivate themselves even more.

“Once we got one, the game changed completely and then at 2-2 they went into a huddle, which was a bit strange and probably didn’t help them as much as they would have liked,” he continued.

“It was a good team performance and we move on with a little bit of confidence.

“It was a weird one to have a huddle while the game was going on – I have never seen that before, but you just have to crack on, but it spurred us on to go to the kill and put them to bed, which we did.”

The midfielder was, like his manager in his post-match interview, full of praise for the role of the full backs in the side’s aggressive high-pressing display, which also meant he even got in shooting positions himself!

“We set out right from the start to be ultra-aggressive, get in their faces and when we could, get on the ball.

“I thought Hughesy was very good; just being that bit more aggressive and that bit more forward thinking, made a world of difference for him personally and for the team – so I thought he was great. 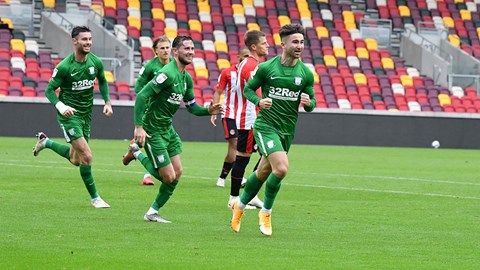 “You know what you are going to get from Raff; he’s a steady Eddie every game, he has good delivery and he wins his duels, so they were really good this afternoon.

“It is unlike me to get that high [up the pitch]. When we have played teams like Brentford, or Leeds and Fulham last year then you have to be aggressive from the off, so if your man drops deep into their half, then you have to go with him, so it gets you a bit more advanced.

“We have used that game plan a lot against the more dominant teams in this league and it usually works. We have come up good in most games of that type, so like anything that works, you have to keep doing it and it was a great performance,” he added.