Alan Browne was pleased as Preston North End overcame Huddersfield Town’s strong start at the John Smith’s Stadium to earn a 2-1 win thanks to the Irishman’s brace.

Alan Browne was pleased as Preston North End overcame Huddersfield Town’s strong start at the John Smith’s Stadium to earn a 2-1 win thanks to the Irishman’s brace.

Fraizer Campbell scored inside eight minutes to send the hosts ahead after coming out of the blocks quickly in West Yorkshire, but the visiting Lilywhites responded well, with Browne’s quickfire double within ten minutes of the half-time restart turning things around. 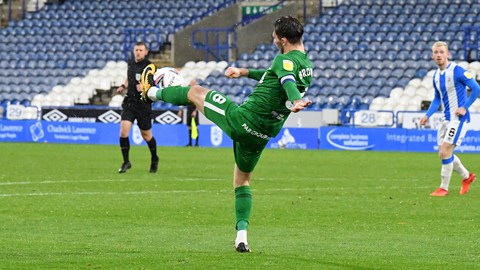 North End’s No.8 has been impressed with the Terriers, who set-up in a similarly aggressive style to the green-clad visitors, but felt that after they had taken the lead, he and his team-mates responded to be the dominant side for the remainder of the game.

“I think they started really well first 20 minutes, we were probably a bit sloppy in possession and we allowed them to dominate,” he told iFollow PNE.

“They’re a really good side, they play out from the back. Their team last year is a shadow of what they are this year; they look really strong. They want to play the right way and we found that they caused us problems in the first half especially.

“They got beyond our midfield and that’s usually where we’re at our best, pressing the midfield, and they managed to bypass it at times. They probably did deserve their goal but I think after that opening spell, we dominated from there.

“They didn’t have any really clear-cut chances after that, I know the game was end-to-end, but I think we probably had the better of the chances and should have put it to bed.

“I think it turned into that [a battle] a bit in the second half and that suits us, no matter who we’re playing, that’s one thing we’ll do, we’ll back ourselves till the end and get stuck in and give 100 per cent. I think when it turned into that it probably suited us more than them.”

North End set-up with a back three – a late switch of shape to match the home side – and that saw Browne deployed in a right-wing back role that the midfielder was happy to fill, but revealed it was after a team-mate’s encouragement at the break that he found his best form in that position this afternoon.

“I think when something catches the gaffer by surprise, it’s a big surprise for us because it’s usually something that he can anticipate, even if they don’t, he might mention it and figure out what they’re going to do beforehand, but it’s probably the one time since he’s come in that he hasn’t guessed the formation or the players and it caught us by surprise. 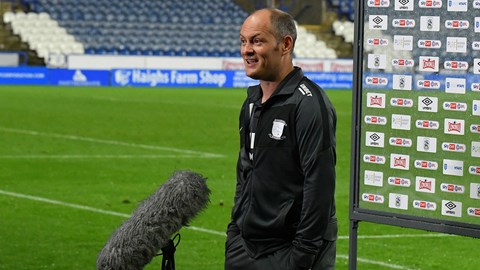 “It wasn’t ideal switching our team so late but we prepped for QPR to change and it just so happened they kept the same personnel in. We knew exactly who was going where if we had to change and I think apart from the first 20 minutes, it probably suited us, we played some good football at times and we probably deserved the win in the end.

“I don’t particularly like it but as the gaffer mentioned, I’m happy to do a job anywhere. I think first half I probably struggled, I didn’t get forward enough and I probably didn’t defend well enough.

“I had Darnell Fisher in my ear at half-time telling me I need to do more and get forward more! So right throughout the second half I tried to do that and luckily found myself in two really good areas and managed to get my goals.

“The first one is probably my bread and butter; I do that every day in training, coming in from the left and finding that far corner. The second is probably a mistake on their behalf and it just fell perfectly for me to go over my shoulder and luckily it found the back of the net. I was delighted to get the two, I wanted the third! But it didn’t come.”

Browney also spoke of the impact of new signing Emil Riis – who was unfortunate not to score after hitting the bar with the final kick of the game – and replicating their form on their travels back on home turf, with the Lilywhites next in action against Millwall at Deepdale on Wednesday night.

“He [Riis] seems to be a breath of fresh air and that’s what we needed. He’s a big, strong lad and he looks good off both feet, can take a ball in, can shift it and he can move as well. I think he’ll be a handful for defenders in the upcoming games and hopefully we can keep him fit and start firing goals.

“It just seems that we’ve been winning games away from home and struggling at home but I don’t think there’s much in the games. We’re not going to dwell on that too much, I think it’s a coincidence more than anything, people keep mentioning it but the win will come and I’m sure once we get one, we’ll get more.”

Watch more from Browney by clicking the video above.