Preston North End’s transfer window recruit Emil Riis is back from international duty with Denmark U21s and is now looking forward to seeing Deepdale for the first time!

Preston North End’s transfer window recruit Emil Riis is back from international duty with Denmark U21s and is now looking forward to seeing Deepdale for the first time! 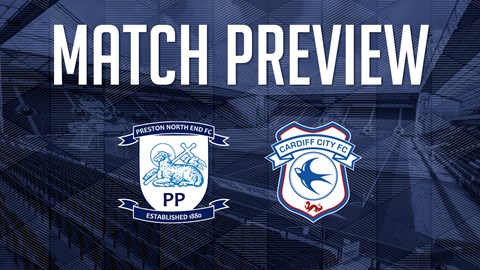 The striker had one full day training with the Lilywhites – at Springfields - before the trip to Brentford and then headed straight after back off the Scandinavia for two vital Euro qualifiers and then came back to join his team-mates at Euxton.

He spoke to iFollow PNE after his first session at the new training ground and explained how he got the most out of the win against a Brentford side with plenty of Danish connections.

“I think the lads saw me warming up on the side and decided to score some goals!” He joked about the comeback at the Brentford Community Stadium. “It was a good thing. It didn’t look too good in the first half, but we changed the game and it came out as a good experience.

“I could have had a penalty on a good day. On another occasion the referee would have given a penalty, but that’s how it is.

“The player I was rooming with on international duty, he played for Brentford, so it was good to win! We had a good talk, but he was a good guy and he’s alright now!” 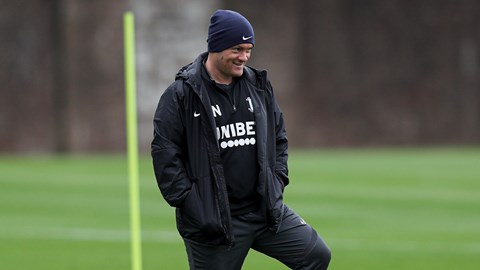 After all his jet-setting he admits it has been a chaotic period, but a worthwhile one with qualification to the Euros: “It has been a busy couple of weeks. Firstly, it was a great win against Brentford and then I went back to Denmark, before going to Malta for a game and it has gone really quick, but I have enjoyed it – it has been a pleasure.

“It was 25 degrees in Malta and we were playing on Astroturf. It was very warm down there, but it was a game we had to win. Unluckily we went behind, but we turned around the game and got the win.

“We then played against Finland in Denmark and that is a rivalry that you don’t want to lose and so it was good that we got that win as well and, happy days, we have qualified for the Euros and we are looking forward to it.”

His return comes just days after the team moved into their new surroundings and the No.19 is impressed by his new place of work and ready to now get down to his work and is looking forward to the weekend.

The Cardiff game will be his first chance to see Deepdale and this is something he is excited about, even if the fans can’t be there to share it with him.

“It is amazing; the facilities here are great and I am just looking forward to getting a lot more into it. It is good to see the lads again and I enjoyed being back out there with them.

“I am here to play football. It is good that we have a lot of games, I am looking forward to it and hope we can do the best that we can and get a lot of points.

“Sunday is a chance to build on the Brentford game. The first three games, we didn’t get a lot of points, but now we have got the win, we have to keep going. 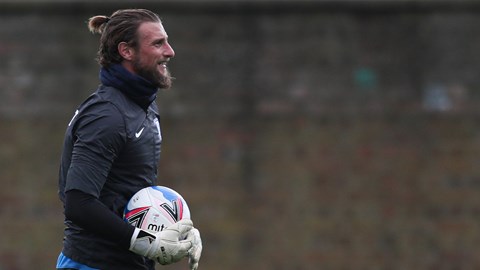 “A win against Cardiff would put us in a good place. You always have a better feeling after a win and it is easier to get the next one; winning games is the most important thing.

“It is unfortunate that fans will not be in their watching, but that’s how it is at the moment. We hope they are back soon, but it is how things are at the moment,” he added.