Preston North End defender Josh Earl is looking to continue his development after extending his stay with the Lilywhites, which began when he was nine-years-old.

The North End No.3 came through the club’s Academy, making his debut as an 18-year-old in August 2017.

Now 22, the left-sided player is grateful for the club’s commitment to his development. He told PNE.Com: “It is nice to have the club put more faith in me. To solidify a place here for the next three years is a big positive for me and my family.

“It was a very easy decision for me. I have been here since I was nine-years-old and it has been a great club for to learn and develop and hopefully I can play more games and develop as a player and continue my development.

“It is a good time to be signing. There are the new facilities, a positive attitude around the place and I am really happy to be extending my stay here.”

Josh feels that his two loans in 2019/20, at Bolton Wanderers and then Ipswich Town, were of big benefit to him and how he wants to push on.

“I do feel the loan experiences did me justice,” he continued. “They were good experience, especially playing left-side centre half, which is a position I could see myself in, in the future.

“A big part of my development now is to play a lot more games and if I can push myself and get myself a start in the team at some stage, that would be ideal and hopefully I can keep my place.” 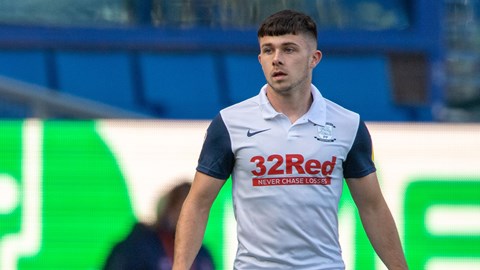 Having missed a few weeks at the start of the season through injury, the youth team graduate is hoping to work hard and earn the right to have a run of games, when called upon.

“My whole career I seem to have injuries or illness at the wrong time! There’s nothing you can do about that, you just have to get on with it. I just have to try and crack on and get up to speed.

“Sometimes it is difficult to be prepared all the time, because I haven’t played a competitive game in about six or seven months, but when you get your chance, you have to give you all, try your hardest and hopefully take you chance with both hands.

“It is tough at the moment because of how many games we have on the schedule, so it is tough to replicate match intensity, but the intensity we do train at is good for the lads who are not playing,” he added.