Lombard’s penalty save inside the opening ten minutes of the game sparked a comeback for North End as they overturned the Fishermen’s early lead to win 5-1 at UCLan Sports Arena. 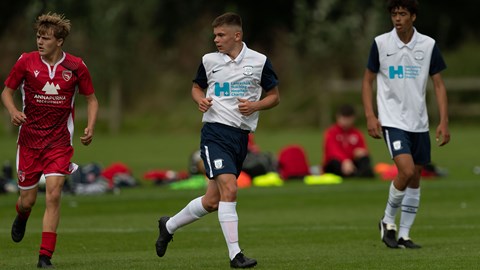 Speaking after the game, Lombard said: “It was a good reaction to going 1-0 down. After the penalty save I thought we were relentless, we just kept giving it to them, we didn’t hold up at any point, we kept on punishing them, putting five past them completed a great performance.”

Lombard, who replaced Declyn Duggan from the previous week's starting XI, had a busy start to his return between the sticks and was called into action straight away, producing a fantastic display that continued until the final whistle.

“I made a good save at the start with my foot, followed by an unlucky bobble that led to the goal, but I don’t think I could have done much more about it unfortunately.

“I think my penalty save changed the game, maybe if I hadn’t have saved that penalty, it becomes 2-0 to them and it would have been a different game, with a completely different outcome.

“After the penalty save, we were much more positive and got two quick goals one after another. In the second half, we were able to play some more of the football we wanted to play and I think this definitely enabled us to go and put the game to bed and thankfully pick up the three points.”

Describing his thought process for the penalty save, Lombard added: “I was standing on the line looking at him and he was looking at the right-hand corner and I knew that’s where he was going to put it, his body language gave it away.

“Luckily my instinct was right and he put it to the side I thought he was going too, I’ve ended up keeping hold of the ball too and not let him get a rebound, so it turned out to be a good save.”

The youth team next host Accrington Stanley on Saturday 10th October with a 10.30am kick-off.