Preston North End winger Scott Sinclair felt that the first goal was always going to be important after the home clash with Millwall.

Preston North End winger Scott Sinclair felt that the first goal was always going to be important after the home clash with Millwall. 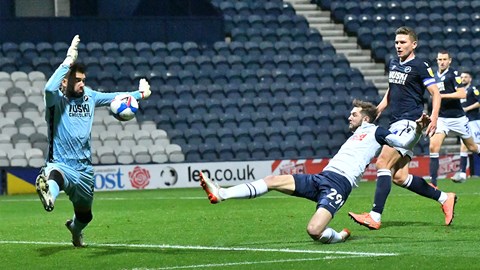 The Lilywhites No.31 said that he and his team-mates must not feel sorry themselves, however, with another home game coming in quick succession this weekend.

Speaking to iFollow PNE after the game, the former Chelsea and Manchester City attacker said: “[It was ‘really disappointing’. It’s such a tight game and it was whoever scored the first goal.

“We kept fighting, we obviously need to create more chances, but as the game goes, we can’t feel sorry for ourselves, we go again on Saturday.”

The game was one with very few chances, for either side, and Scott said that the team need to try and get the first goal – particularly at Deepdale.

“It was so close, so tight, and I thought we controlled the game quite well,” he continued. “But at the same time, it’s just when that first goal goes in and then you’re on the back foot, you’ve got to take the game to them.

“They made it difficult at times, but at the same time, when we get into those [forward] areas, it is picking out that pass and making sure we get on the end of it. 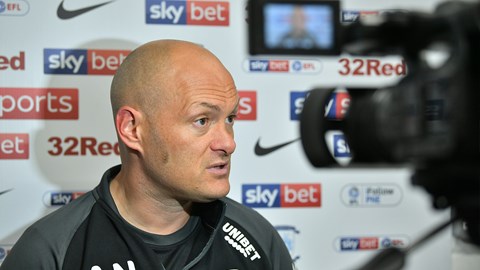 “For us going forward, we need to get that first goal, especially at home as well.

“I think it wasn’t an end-to-end game, as soon as that goal went in, it made it tough to get back in the game. We go again Saturday and we’ll keep positive and go again.”

The side were left frustrated by some of the game’s decisions as well, particularly the decisive penalty, as the ex-Celtic man explained.

“Barky’s come in and he’s disappointed. I haven’t seen it back, but the man just sort of kicked him, he stood still and has gone into Barky, it’s disappointing.

“I think every three games it keeps changing, we’ve had a good couple of results and now obviously we go on Saturday and hope we can turn it around again,” he added.