Manager Alex Neil was left disappointed and frustrated after PNE were beaten 1-0 by Swansea City in their Championship season opener.

Manager Alex Neil was left disappointed and frustrated after PNE were beaten 1-0 by Swansea City in their Championship season opener. 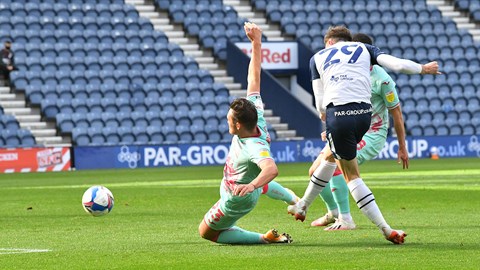 North End fell behind in the 53rd minute as Morgan Gibbs-White slotted home from the visitors’ only shot on target in the game.

Speaking to iFollow PNE, Alex said: “It’s disappointing in the fact that we didn’t have a great deal to do defensively and we’ve lost the game. I’m extremely frustrated, I didn’t think that we deserved to lose based on the match.

“I didn’t think we were at our best by any means, but I thought we did enough certainly in the last half an hour to get the goal that we needed to get at least a point.

“I think the goal’s a real disappointing one, I think we should defend it better. It comes from us giving the ball away down the left side trying to build.

“Sometimes these games are decided by the least errors that you make when you have the ball and I thought our use of the ball at times, certainly until we got later into the second half, I thought we didn’t use the ball well enough at times.”

PNE saw much more of the ball than their opposition at Deepdale, with 60 per cent of possession in their favour, but Alex knows how quickly the game can turn once the ball is lost.

He said: “The amount of times that we gave cheap balls away through either a bad touch, a bad pass or a bad selection of pass, you don’t get away with that at this level, and the better team you’ll play in the league, the more they’ll damage you.

“We very much are a transition team ourselves. When we nick it that’s when we’re most threatening. When other teams have got it, we get it back and we can hurt them.

“I didn’t think that Swansea came and were far better, created lots of chances and should’ve won the game. It was quite a dull game and not a lot of action in both boxes.

“Unfortunately, we don’t defend a simple ball coming in as well as we should do and even the opportunities we do have we’re not clinical enough to put them away.” 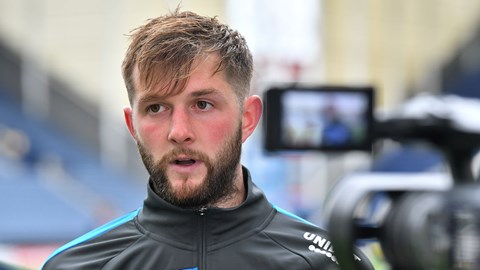 Barky Looks To Take Positives Ahead Of Long Season

The Lilywhites started with an attacking four of Brad Potts, Scott Sinclair, Billy Bodin and Tom Barkhuizen, but once Swansea had taken the lead, PNE tried to match Swansea’s shape.

Alex added: “You can’t wish that something’s going to happen; the onus is on you to make it happen as a player. I didn’t think when we changed the shape we held enough width in the team.

“When you’re playing two up front, you need to get guys wide and get balls in the box and we kept drifting in. That just congested that central area and you’re trying to force it through the eye of a needle all the time which is difficult.

“That’s something in terms of understanding the game we should know and do better than we did today. We know we’ve got a lot to work on, there was a lot of changes to the team today from the teams that started a lot of last season.

“They need to perform individually as well as they can first and foremost and prove they’re the guys to get in there, do the job and win games. Secondary is building relationships with other guys that are there.

“Positions are all up for grabs. Everybody knows about that, particularly when you don’t win the first game. Pre-season is gone now so we judge now on what we do going forward, not what happened in friendlies.

Watch Alex’s full interview by clicking the video above.