We look back 18 years to a memorable game from the start of the 2002/03 campaign, when Craig Brown's Lilywhites picked up their first three points of the season against the Potters.

It was Richard Cresswell who was hero as he scored six minutes into injury time to turn despair into joy and give the Lilywhites an astonishing victory.

Andy Cooke had headed Stoke level with three minutes of injury time already played, and Steve Cotterill's side looked set to take a point, but Creswell took advantage of the referee's added time to give Craig Brown his first victory in charge of North End.

Northern Ireland international David Healy struck twice as PNE responded to an early setback. Healy pounced in the 12th and 24th minutes after Clive Clarke's penalty had put Stoke ahead.

Ricardo Fuller - who we have interviewed elsewhere on PNE.Com - scored his third goal in four games to put the home side in command on the hour, only for a second Clarke penalty to give the visitors hope.

Clarke kept his cool in the sixth minute after Chris Lucketti's foul on Kris Commons gave the visitors a penalty. The defender slotted home from the spot, and after the referee ordered the kick to be re-taken following encroachment he again beat Tepi Moilanen with his spot-kick.

But Brown's men had already signalled their attacking ambitions when Fuller's close-range header was brilliantly kept out by Neil Cutler in the fourth minute, and it was no surprise when they drew level.

Brynjar Gunnarsson brought down Healy on the right, and when Rob Edwards' free-kick found Healy six yards out he buried his header low past Cutler.

Stoke defender Wayne Thomas, playing his first game of the season after sitting out a three-match ban, was to blame for the goal which put PNE ahead in the 24th minute. Thomas failed to clear the ball in the penalty area, presenting Healy with a clear path to goal and the striker netted from six yards.

Twice late in the first half the hosts hit the woodwork as they went looking for a winner. First Healy's inswinging corner from the left saw Fuller rattle the woodwork with a header from six yards, then Edwards headed against the post from a Lucketti cross.

On the hour, the game seemed to be over as Fuller bore down on goal and drilled a right-footed shot over Cutler to make it 3-1, but the referee handed Stoke some hope five minutes later when he spotted a Dickson Etuhu handball, and again from the penalty spot Clarke obliged with a confident strike.

And with 14 minutes left Andy Cooke's cross gave James O'Connor the chance to rescue a point only for the midfielder to volley over from six yards. Commons' corner deep into injury time was not cleared and Cooke headed home from six yards. 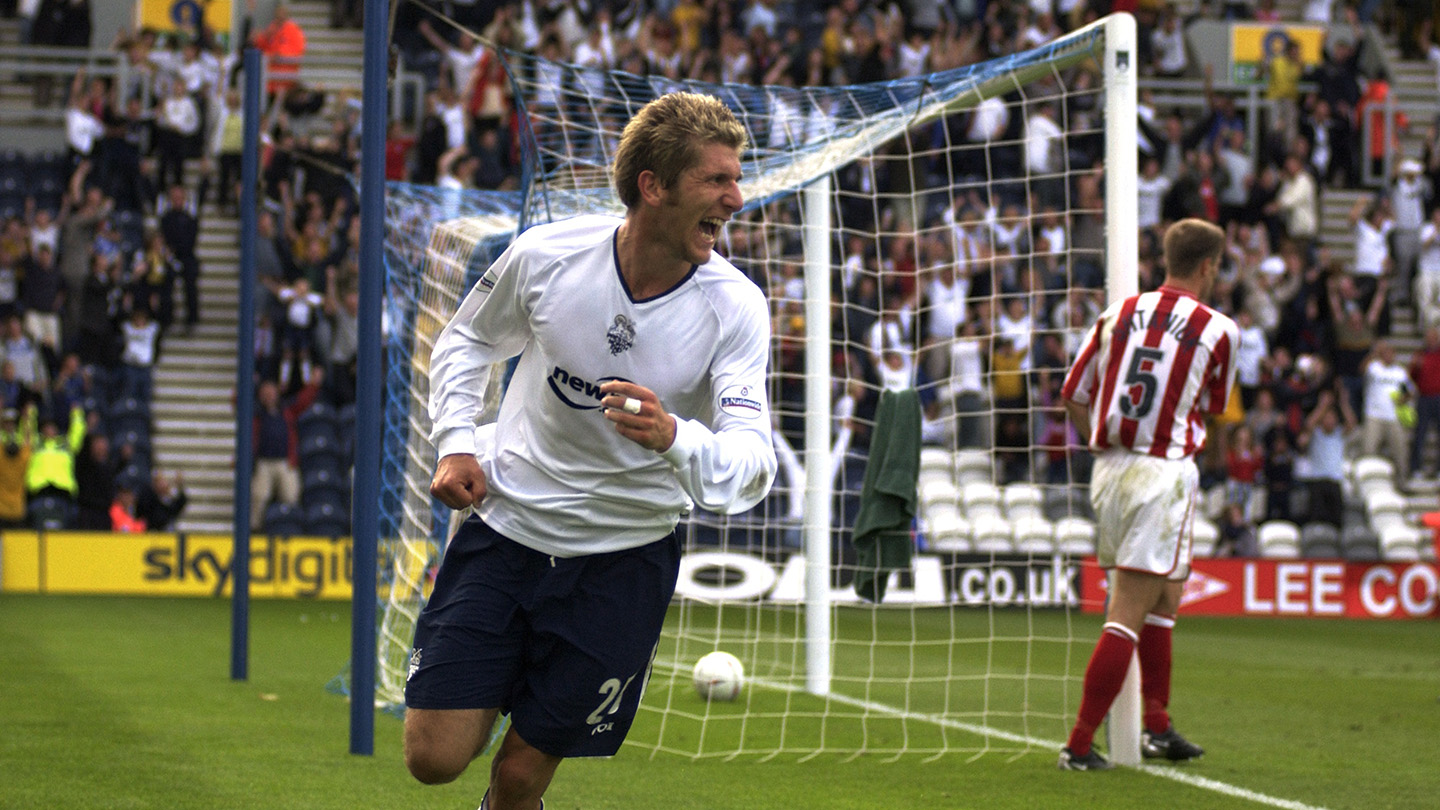 But the substitution shortly afterwards of Commons for Belgian Jurgen Vandeurzen did not settle the Stoke side and when Michael Keane broke down the left his low centre was steered home for a dramatic winner by Cresswell.

The game is live on iFollow PNE, with Jonathan Breeze and Paul McKenna calling the action from Deepdale. For a match pass, just click here now to sign up and watch the full game live.