There are very few times where we look back at a defeat, but there was something important about our March 1993 clash with Swansea City at Deepdale.

Other thank Mickey Norbury’s consolation goal late in the game, there wasn’t a lot to write home about in the 3-1 defeat, where the visitors had scored their goals inside the opening 34 minutes.

But it was on the terraces that it really mattered, with John Beck’s experiment in moving the home fans from the Kop to the Town End providing a fillip that would be a huge boost in the years to come.

There were only just under 4,500 inside Deepdale, but the majority of them were packed in the end that had been previously occupied by the away fans – as these excellent photos provided by the Lancashire Post show.

“All we can do is work harder on the defence during the week and put it right,” said Beck after his side’s latest defeat.

A dodgy penalty – very harshly given against Colin Greenall – despatched by Colin West, followed by two further strikes from Jason Bowen, gave the Swans the points and it was to prove a difficult end to the season, with relegation confirmed at Bolton Wanderers on the final day of the season for the Lilywhites.

However, the move to the Town End proved a success and would play a huge part in the club’s resurrection over the following years. 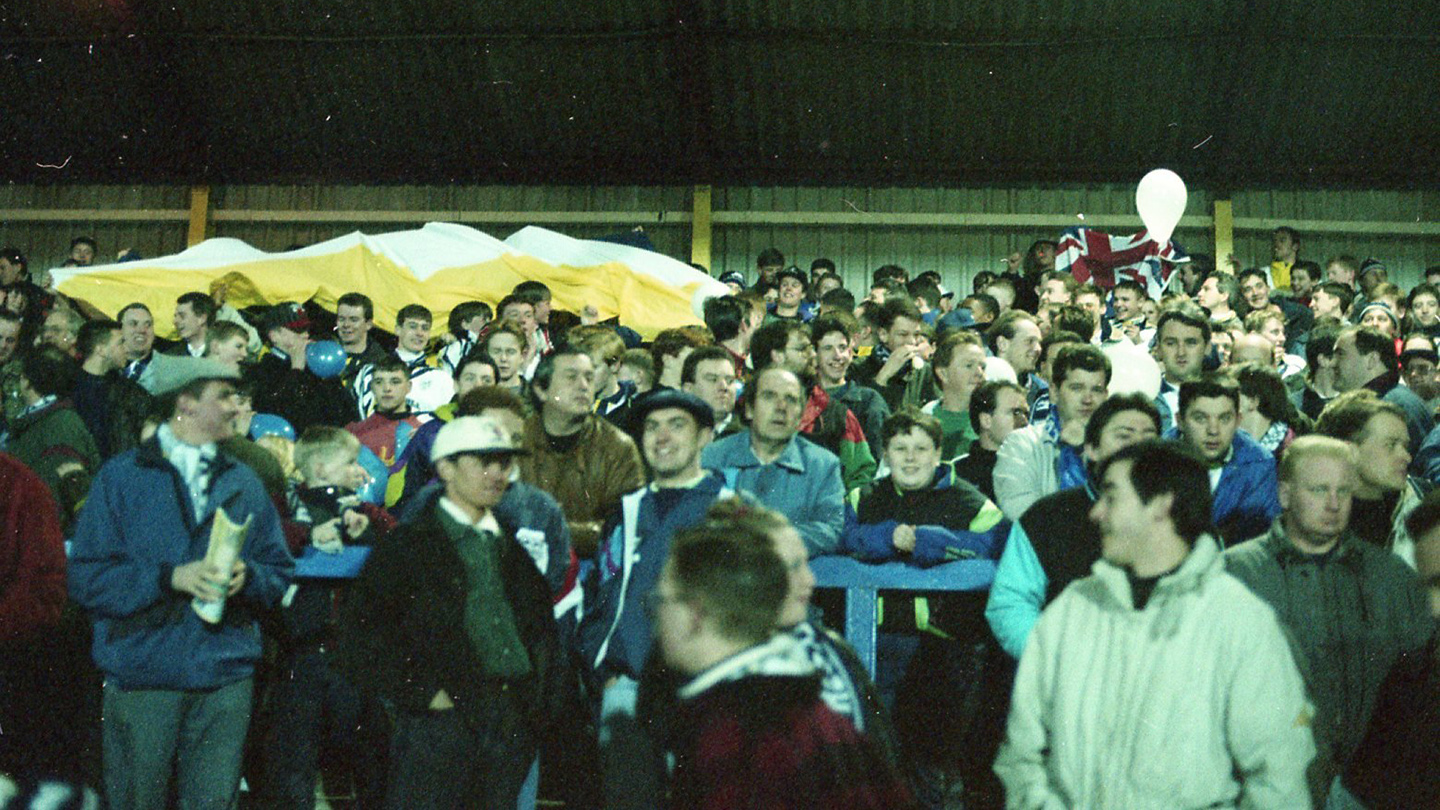 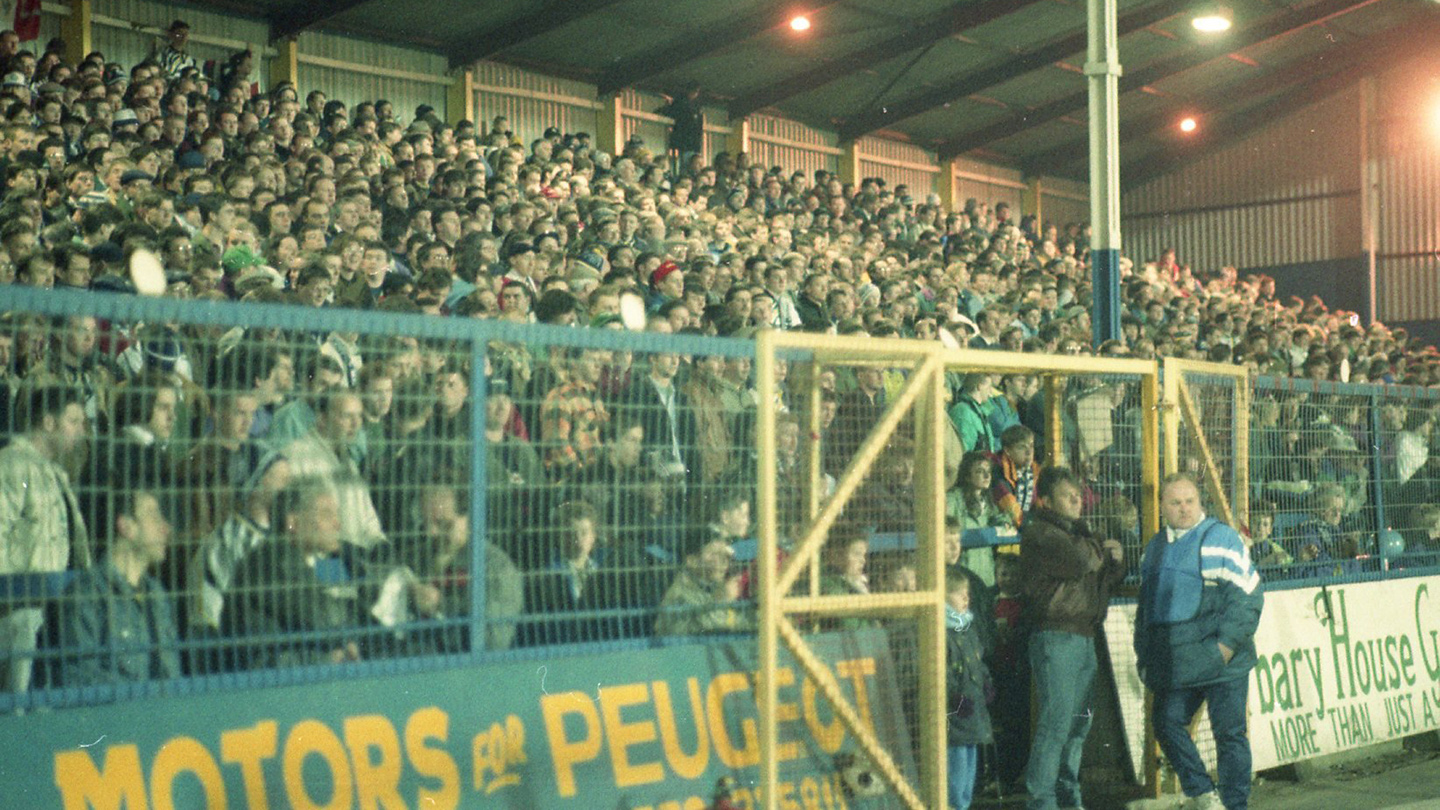 In our last clash with the Jacks, Scott Sinclair scored against his old club, but on-loan Liverpool striker Rhian Brewster replied as North End and Swansea City drew 1-1 at Deepdale.

Former Swansea winger Sinclair registered a first goal since he joined PNE from Celtic in January to give Alex Neil's team a first-half lead, but Swansea made it one defeat in six Championship games courtesy of Brewster's second goal in four appearances since he joined on loan.

But PNE went in front on 28 minutes thanks to the sort of Sinclair goal which once made him a fans' favourite at the Liberty Stadium, driving forward and then cutting in from the right flank before curling a shot beyond Swansea goalkeeper Freddie Woodman.

But Swansea were level just five minutes later when good work from Conor Gallagher created an opportunity for Ayew. PNE appeals for offside fell on deaf ears as Ayew's shot was blocked by Rudd and Brewster was on hand to score from close range.

Gallagher then fired over for Swansea before Bersant Celina was denied either side of half-time. Ayew saw a shot blocked by Joe Rafferty before Daniel Johnson and Alan Browne were both snuffed out at the other end.

It was North End who came closest to finding a late winner when Patrick Bauer's header was pushed over by Woodman.

And after the game Alex Neil said: “We showed one bit of quality in the first half and it was Scott Sinclair, for the goal. Other than that, I didn't think we competed enough at the top end or in the middle.

“We gave a real sloppy ball away in the bottom left-hand corner and that leads to their goal. When the game's scrappy, you want to make sure you do things well, stay in the game and keep your lead. It's a really poor goal for us to concede.

“At half-time we had a good chat. We needed to be braver and earn the right to play. I thought we did all of that in the second half, I thought we were very good. Everything about us was just better.” 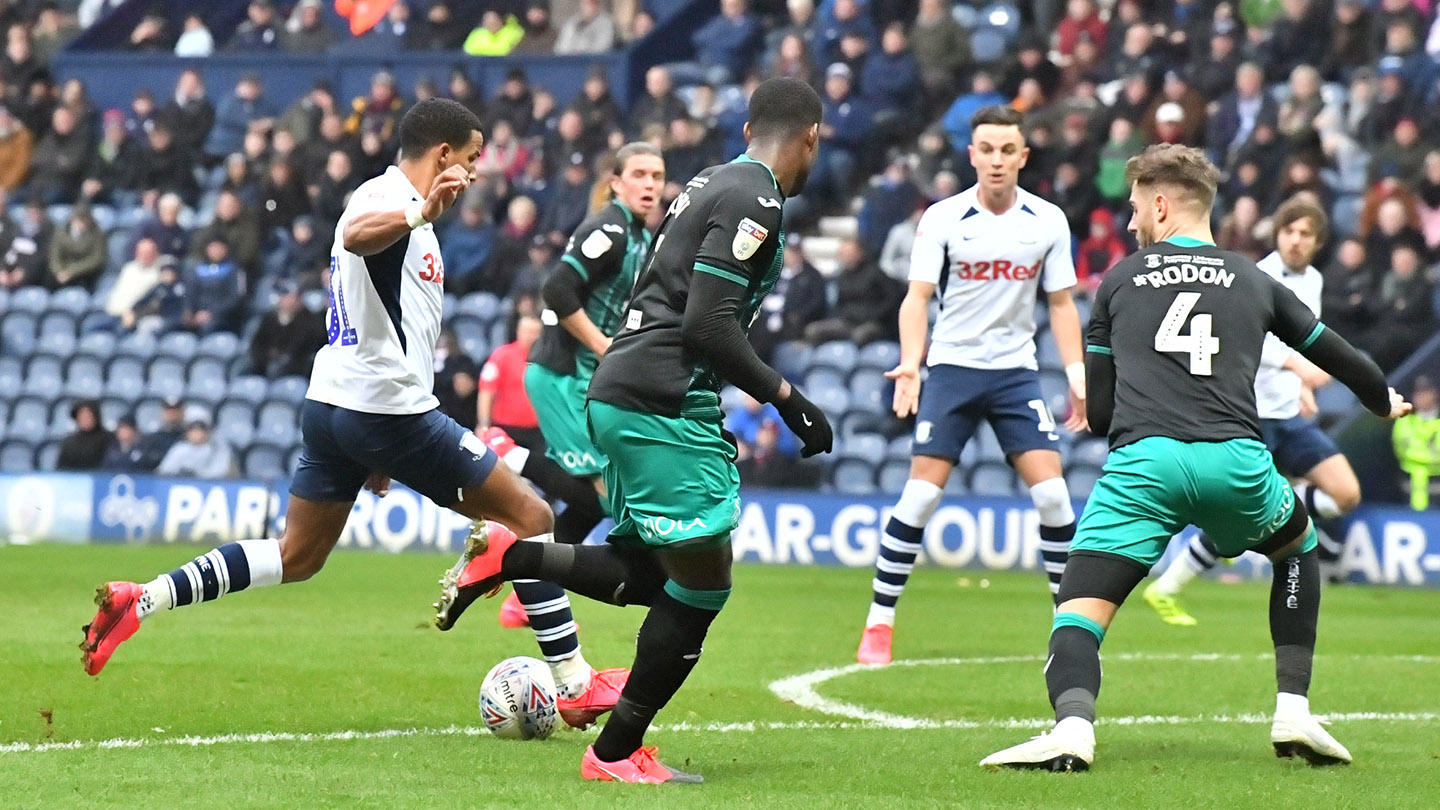