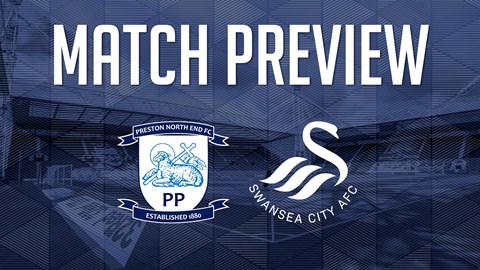 The Lilywhites’ No.8 returned from ten days away with his country this week and is hoping that the time away has not limited his opportunity of being involved on the opening weekend.

Speaking to iFollow PNE the former Cork City man admits it was not the usual preparation for the start of a season, but he would be doing everything he could to be in manager Alex Neil’s plans for the clash with Swansea City at Deepdale on Saturday afternoon.

“I’m excited,” said Browney. “I can’t wait to get back at it again, considering the way we finished off last season. It came around really quickly; it is strange to think the season starts tomorrow, but it does. We have got minutes in our legs now and we are ready to go.

“It is probably not ideal for me, but it is an honour to go and represent your country. Unfortunately I didn’t play, so it could affect my fitness or my chance to play, but it is always an honour to get called up – I enjoyed the trip, but it is back to work here now and I have to try and force myself into the team as soon as I can.”

The return to action after such a short pre-season and off-season is strange for everyone involved and Alan believes it will have an effect on the league down the line and that the aim of PNE has to be as consistent as possible, using the squad to its full capacity.

“It is almost like we had an international break and we are back!” He continued. “It wasn’t a lot of time off. I am probably used to it a bit more because of going away with Ireland throughout the summer, but it felt a bit strange.

“In the long term we didn’t lose as much fitness as we might have and that is one good thing to come out of it and, hopefully, we can use that to our advantage and start the season well.

“I think it will hit teams hard this year. It will hit people at some stage, whether that is physically, mentally or both. It does take its toll after a while and you may feel good until Christmas, but there will definitely come a time where your body is collapsing and you are on your last legs.

“Strength in depth will be a massive factor this year in terms of teams who get promoted or who are doing well, because you are going to have to chop and change throughout the season. 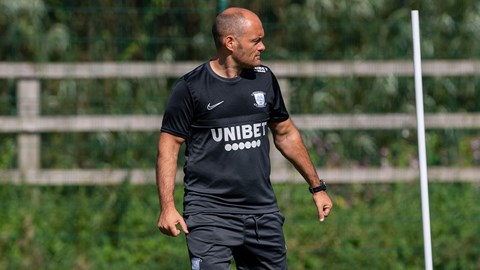 “I think in terms of numbers, we have one of the strongest squads in the Championship, in my opinion. Whoever comes in or goes out, you wouldn’t notice they are gone, because whoever comes in does just as good a job.

“Particularly this year, the squad is going to come into play. People aren’t going to have any other choice but to make changes, whether it is a couple at a time or I wouldn’t be surprised if we changed a full XI at times and everyone is more than capable of going and winning games, if we were to do so.

“I think with how short the break was, off the back of that with everything going on inside and outside of football, I think everything will come into play at once and take its toll. Even if teams start off well, it is not going to predict the outcome; I think people might come late, more so this year than any other.

“The key to the Championship is finding that consistency and for us we need to utilise our squad as much as possible and if we can do that in the right way, then we will do well.”

Steve Cooper’s Swans are the first opponents of the new season and the 25-year-old expects it to be a difficult encounter: “[The first game] is always a tough test. You never really know what to expect in the first few games, because you are only going off the basis of pre-season.

“They went on an unbelievable run at the back end of last year and probably deserved to get into the Play-Offs right at the end.

“They could be on a come down from that loss or they could use it to their advantage and we will need to start well and kick on from there. It is going to be a tough test, every game is, but we have to start lively and try and get three points on the board as quickly as possible,” he added.

To watch Alan and his team-mates in action, you can sign up for an iFollow PNE match pass for just £10, giving you access to four camera coverage, replays, graphics and commentary from Jonathan Breeze and former Lilywhites striker Brett Ormerod – click here now to sign up for a match pass.