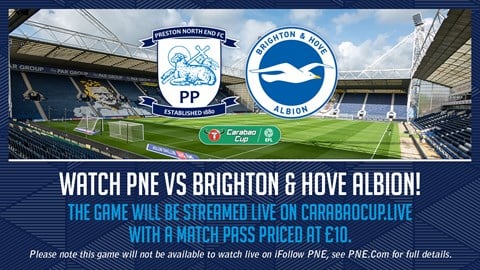 The two of them worked closely together at Hamilton, where the PNE boss was captain when Reid was manager of the Accies, so he always pays close attention to the Seagulls’ results and is looking forward to Graham Potter and Reid bringing their side to Deepdale for the third round Carabao Cup clash.

“I always like them to do well; obviously with my connections with Billy and I've met Graham Potter on a couple of occasions, but me and Billy go way back,” smiled the Lilywhites gaffer when asked about his former boss.

“I was his captain for a long time and he was terrific for me in terms of allowing me to do what I did as a captain and that has always meant a lot to me, so for that reason I always want them to do well, however, he will obviously know how competitive I am and I know how competitive he is - both of us will want to win the game on Wednesday and it will be a tough match for us.

“They have done terrific. I think last year they finished with the best points tally for the club since they have been back in the Premier League. That is some going, because they have really changed how they play from the time when Chris Hughton was there and I think it's difficult to change the way you play and continue to get results, particularly with a lot of the same players.

“they have started to put their own stamp on everything, bring some of their own players and get them working how they want to function. 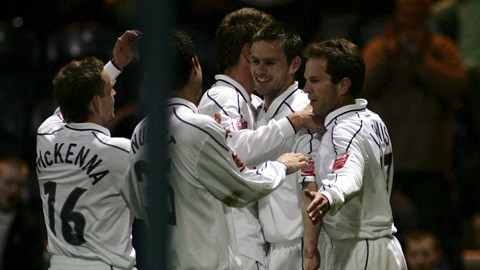 The first three games of the season have seen different teams used and virtually the full squad play some part in the games and Alex feels that this will be commonplace going forward, especially considering the reduced timescale for the games.

“The strange thing with football, is that people talk about your best Xl, but there is no best Xl anymore. It's a squad game now, and the difficulty you have got, if there is a best Xl, people will moan that you don't give other people an opportunity, so you are in a no-win situation.

“For us, all of the lads who take to the pitch, do what they can,” he continued. “If they are the best person for the job and we've watched them all week in training, they've produced in the games, then we will go in to the game and hopefully give them an opportunity to go and play.

“It's then up to them to go and perform as well as they can to try and retain their place and it's up to me and my staff to make sure they are training well, they're focused and that each and every game that comes along, they give their best to have a genuine chance to go and play.

“That is a sign of a healthy squad and what players should be doing, albeit they might be frustrated and disappointed that they may not be starting, but if they do get an opportunity, they need to put that to the back of their mind and show everybody what they can do.

“That's always been the case for players; naturally, they will go through good veins of form and maybe sometimes have a little dip and hopefully whoever comes in and takes their place is ready to go and play.”

The extra day’s recovery from the weekend is a welcome one for the manager and his squad, given the effort and application shown at Carrow Road at the weekend in the sunshine in Norfolk and Alex hopes that his side can continue to perform in the same way they have done so far this season.

“I think Wednesday certainly helps us with the effort that we put in at the weekend. We will freshen some of it up. There are some other lads who were unfortunate not to feature at the weekend so they will certainly deserve an opportunity and we will probably have some of the lads who did start on Saturday feature as well, so I'm looking forward to seeing them playing.

“It's another good game for us. We want to go and put in another good performance, I think our form at the moment in terms of how we are playing is pretty good and we want to maintain that,” he added.

For more information on how you can watch Wednesday night's game live on the Carabao Cup website, with information on match passes for the game, click here now.