Over the past six months, football has had to deal with a number of new experiences and Preston North End manager Alex Neil says that playing in front of a vastly reduced crowd in the next of those when his side face Norwich City in one of the pilot events this Saturday afternoon.

Over the past six months, football has had to deal with a number of new experiences and Preston North End manager Alex Neil says that playing in front of a vastly reduced crowd in the next of those when his side face Norwich City in one of the pilot events this Saturday afternoon. 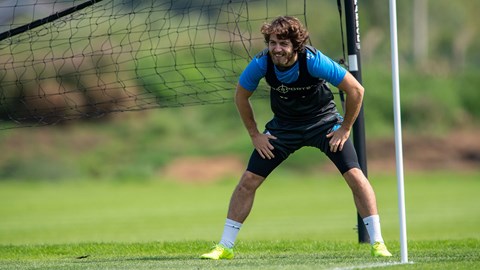 Speaking to iFollow PNE ahead of his side’s clash with his former club, the Lilywhites boss feels that it is very much welcome and an important and vital step for football to have supporters back into stadia.

“I have been one of the biggest advocates of trying to get fans back in as soon as possible,” said the gaffer. “I do find it quite strange though that we are doing it at a time when things seem even more uncertain than they have done recently, but for football moving forward, we need the fans back into stadiums.

“We need it for income, we need it for the players to get the atmosphere and level back and it is a nice step in the right direction, albeit a cautious one.

“It will be quite interesting. I think people believe you hear a lot when you are in the stadium and there is a big crowd, but when the game starts – and its very much the same for a player as well – you don’t know they are there, because you are so focused on the game that you don’t actually hear anything. But I don’t think that will be the case this time. I think it will be quite different and a bit surreal – it will be a strange one and interesting to see what it is like.

“It is another thing we have not faced. With all the uncertainty that is happening, there are a lot of things we have had to deal with in football that we have never faced before and this will be another one.” 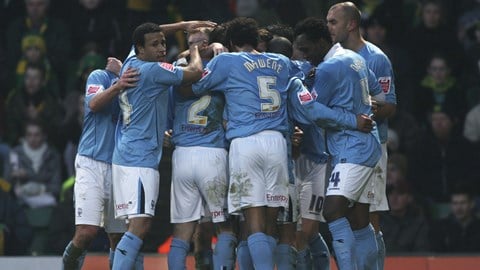 Alex says that the Canaries win over Huddersfield Town on the opening weekend will have been an important one for the recently relegated side and expects a tough test from them.

“It is important you stem the negativity,” he continued. “When you get relegated, you don’t feel too good about yourself as a player, as a coach or as a club and you want to try and change your mentality as quickly as possible.

“There are two ways of doing that. They have chosen to freshen up the playing squad; which means they are less damaged and dented by that relegation – which I think is a good thing and you again have to start the season well and that first win last weekend will have done them the world of good and I am sure they will look to try and build on that.

“We go there after two games where we have not played poorly at all. At Derby we were very good and second half against Swansea we were good. In the first half against Swansea there was nothing in the game, so we felt aggrieved that we lost that and we want to go [to Carrow Road] and get our first points of the season on the board.”

The manager welcomed back former City player Declan Rudd on Tuesday night, having missed a chunk of pre-season. The PNE No.1 is a very vocal member of the defensive unit, which has become very clear whilst grounds have been empty and the media and those present have been able to hear everything he has said.

And the manager feels this is a big part of the team and that Dec, along with the other good performances on Tuesday, have given him plenty to think about as he considers his starting XI for the first away league game of the 2020/21 campaign.

“Declan has been a key player for a number of years now and it is good to have him back. Communication and talking to the back four is an important role of a goalkeeper – you want as many talkers in your team as you can and that is certainly a strength of Declan.

“It is always difficult at the start of any season when you are picking a team. Pre-season, generally, most players are in good shape and are desperate to play.

“Then you have the difficulty of picking that first line-up and then the lads that didn’t play performed well on Tuesday, so I certainly have some decisions to make for this weekend,” he added.