Manager Alex Neil was pleased by the competitive nature of the contest between his Preston North End side and Premier League outfit Burnley, as the Lancashire rivals played out a goalless draw at Deepdale.

Manager Alex Neil was pleased by the competitive nature of the contest between his Preston North End side and Premier League outfit Burnley, as the Lancashire rivals played out a goalless draw at Deepdale.

Sean Dyche’s team provided a tough test for the Lilywhites, who thought they had what might have been a deciding goal on the stroke of half-time – Scott Sinclair’s strike looking to have bounced over the line after hitting the underside of the crossbar. 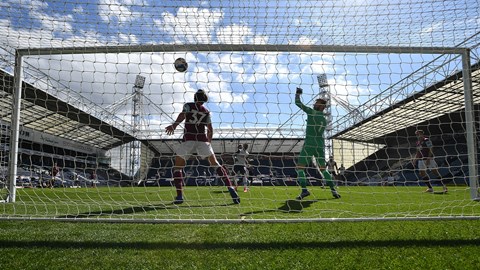 Without the use of goal line technology the goal was not given, however, there were no complaints from the boss, who gave his post-match thoughts to iFollow PNE on a contest he described as being ‘played in good spirits’.

“They started quite well, I thought we then did very well leading up to half-time, I thought the second half again had moments where they were sort of on top and then it went back in our favour.

“It was very good, a real good competitiveness, I thought both teams to be fair played in good spirits and it’s done the right way.

“I think the one thing you don’t want to do when you’re playing directly against two strikers is drop too deep, particularly obviously with the presence of [Jay] Rodriguez and [Chris] Wood.

“I thought our lads squeezed the line really well, I thought we condensed the pitch really well, and I thought both of them aerially were really strong. All in all, [there were] some really good performances.”

The return of a drinks break in both halves allowed the home side to regroup, leading to a resurgence that saw Paul Gallagher go close with a fine a free-kick, and Scott Sinclair’s goal that ultimately never was.

The manager explained how he wanted his side to alter their play in the latter stages of the first half, while giving his assessment of Sinclair’s effort that might have won the game.

“We just needed to get the balance right between turning the ball and making sure that when they did drop off, that we played a few passes.

“Burnley are a difficult team to play against; really well organised, condense the spaces, don’t leave a lot and what they want to do is lull you into playing short passes so they can get after it, nick it and damage you.

“After the drinks break, we had a wee chat and our balance in terms of when to play and when to turn it became a lot better, and I thought we improved at that point. 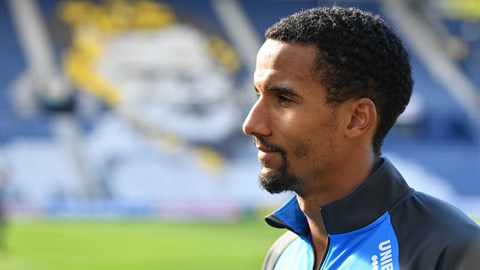 Sinclair: “It Was A Great Run Out”

“I think it was across the line, it was a difficult one for the linesman, though. Generally, they’ve got the watch, which obviously wasn’t in function today.

“The kid actually does great on the line; he heads it off the bar and it hits the ground really quickly and comes back out. It was a good move, well created, and Scott again would have got another goal, which would have been pleasing.”

Alex also gave his thoughts on the club’s confirmation of having purchased the Euxton Training Ground and season tickets going back on sale for supporters, as their return to stadiums – albeit at a reduced capacity – nears after their absence due to the Coronavirus pandemic.

“What’s most pleasing is the environment that the players will have in terms of having an upgraded gym, an upgraded facility in general,” he said of the training ground. “It’s really pleasing for everybody and I think longer term for the club as much as anything, it gives us a good platform.

“I think the expectation and excitement of playing top level football, the fans are what make it different from playing Sunday league football.

“There’s obviously the quality as well, but I think the fans, playing in stadiums, the backing that you get and the atmosphere just makes it so much different.”