Preston North End’s 2020/21 preparations draw to a close on Saturday afternoon as they head down the M58 to face Everton at Goodison Park.

The Lilywhites have not played at the Toffee’s home since a league cup tie under the management of Billy Davies back in 2004, when goals from Lee Carsley and Marcus Bent gave the hosts a place in the fourth round.

This time around it will not be competitive in that sense, but it was certainly be a game where the PNE side want to impress, as it will be the last match where the players get a chance to stake their claim for a starting berth against Swansea City at Deepdale exactly seven days later.

With eight players getting 90 minutes under their belts at Bramall Lane on Friday, a lot more will look to do the same at Goodison, with Darnell Fisher likely to get his first minutes of pre-season, having had an injury for a fortnight of the preparations, but back on the bench against the Blades.

Equalising goalscorer in Sheffield and the man who supplied it, Jayden Stockley and Paul Gallagher are both likely to start as well amongst others, with just Declan Rudd and Louis Moult remaining to be sidelined. 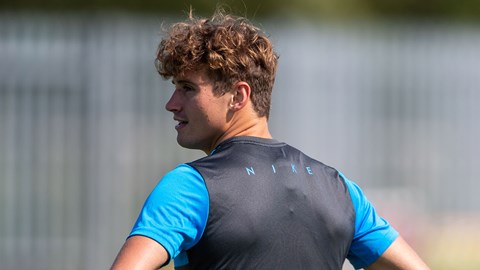 Like the Lilywhites, with Alan Browne and Sean Maguire, Carlo Ancelotti will be without a number of players on internationally duty.

There will be no reunion with successful Lilywhites loanee Jordan Pickford, who, along with centre half Michael Keane are away with England for their Nations League tie in Iceland, kicking-off just after the conclusion of the pre-season friendly.

It remains to be seen whether any of the rumoured new signings on the blue half of Liverpool are completed and thrown into the deep end against PNE, with media speculation suggesting Everton are closing in on the signings of James Rodriguez from Real Madrid, Napoli midfielder Allan and Abdoulaye Doucoure from Watford, in what would be a real statement of intent from the Blues this summer.

The game will again be live on iFollow PNE on Saturday afternoon, the stream going live from Goodison Park at approximately 2.45pm – click here for more information on how you can watch the game.

The Lilywhites will be in their home strip, with the goalkeeper in all black. The new home kit is already on sale from the club shop – which is open 10am until 3pm on Saturday and online – click here now to purchase yours.