As part of the main feature in Saturday’s opening edition of The One And Only for the 2020/21 season, midfielder Daniel Johnson reflected on the efforts being made for equality throughout the football industry, while also reflecting on his impressive 2019/20 campaign.

As part of the main feature in Saturday’s opening edition of The One And Only for the 2020/21 season, midfielder Daniel Johnson reflected on the efforts being made for equality throughout the football industry. 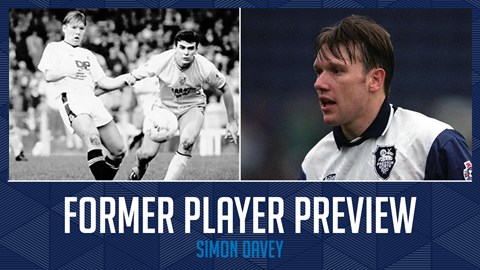 The No.11 has spoken out about racism in the past – despite not suffering any abuse personally - and he doesn’t want the campaign to disappear in the 2020/21 campaign after the ‘take a knee’ tribute became a part of the pre-match routine following the re-start in June.

“It’s massive, you can see that in the support that everyone is getting, it’s not a topic everyone likes to speak about, but it’s important to show appreciation and support of it.

“This is a really sensitive topic for me, I have not been on the back end of racial abuse, but I have a lot of friends who have and it affects them quite badly.

“I have had one friend who was close to committing suicide, that hurts me. It’s important, it’s been highlighted and we continue to highlight it as it’s not nice to be on the end of it.

“My message to everyone is if you don’t understand it and don’t know, do your research. I am not forcing anyone to do anything but there are a lot of things out there that people turn a blind eye to or don’t know about.

“We are all in it together. For my friends it’s just sad to see what they go through on a daily basis.

“They are human beings why should they go through things like that? Everyone is different, there are a lot of sensitive people who don’t know how to deal with stuff like that and I wouldn’t want to see one of my friends do something stupid because of what someone else says.

“Do your research and get more of an understanding of what everyone is trying to do not just footballers or sports people but everyone, it’s not nice it’s nasty.

“This is a new season, a new focus and what goes on, on the field, is important, but we can’t take away attention of what matters off it, as human beings.”

You can read a lot more from DJ, as he discusses his award-laden 2019/20 campaign and looks forward to the new season in the first edition of the brand new The One And Only – click here for details of how you can get hold of yours.

If you want to watch DJ and his team-mates in action at the weekend, the game is live on iFollow PNE, with Jonathan Breeze and Brett Ormerod providing the commentary – click here for details of how to sign up for a match pass.