A Foot In Both Camps: Scott Sinclair

With the Lilywhites heading to the Liberty Stadium on Easter Monday, iFollow PNE sat down with a man who has very fond memories of playing for the Welsh club, albeit he will be hoping for a PNE win!

With the Lilywhites heading to the Liberty Stadium on Easter Monday, iFollow PNE sat down with a man who has very fond memories of playing for the Welsh club, albeit he will be hoping for a PNE win!

Scott Sinclair joined the Jacks in the summer of 2010 and was an integral part of the that took them to the Premier League for the very first time the following summer, scoring a hat-trick at Wembley as the Swans defeated Reading 4-2 to earn a place at the top table of English football.

He spent two years at the Liberty Stadium, before joined Manchester City, scoring 36 goals in 92 appearances – having made his home debut in a game against the Lilywhites, of all people.

Looking to the Bank Holiday clash with Steve Cooper’s side it could be Scott’s first appearance at the ground, since leaving for the Etihad: “I have great memories of my time there,” he recalled. “I was reflecting the other day that it was ten years since the Play-Off Final.

“It is a great club, but we will be going there to try and get the three points and hopefully we can come away with the win.

“There are a couple of people still there from my time at the club. The squad has changed a lot sine I was there, but there are still a couple of old faces and it will be nice to see them.

“It will be strange to play there again. I have some great memories of what I did with them and it will be nice to go back, but we want to go there and get the result.” 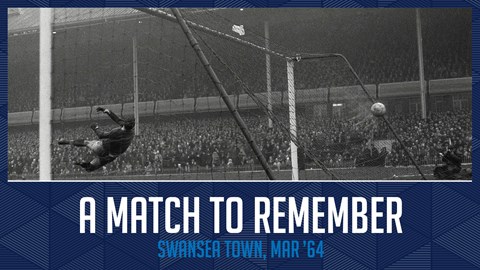 The team go with confidence boosted after the late show at home to the league’s top team on Friday afternoon and the man who celebrated his 32nd birthday last week says it was an important result and he was happy to play whatever role he was required in, having started behind the two strikers.

“It meant a lot,” he continued. “It just went to show the togetherness in the camp and that is what we need going forward for the last seven games.

“We need a real toughness and to keep going to the very end and you saw that when Pottsy got the equaliser in the 95th minute.

“It is a different role, but I am here to help the team and whatever role I am in, whether that is midfield or the top of a diamond, or as a striker, I will always give it 100 per cent and give it my best.”

On that celebratory birthday during the international break, he also became a father for the third time, giving him another reason to play with a smile on his face.

“I feel good. My missus and I are so happy, we had a little boy, having already got two girls, so I am not quite as outnumbered now!

“It is great and I am now looking forward to getting on and playing games. We have to build on our result on Friday; Norwich are top and we got a point from that and hopefully we can keep building our momentum and pushing on in the last seven games,” he added.