Back on almost the same week in 2007, North End picked up a big win on the road on a sunny afternoon at the Ricoh Arena against Iain Dowie's Coventry City.

The Lilywhites ended a run of four straight defeats to get their Play-Off bid back on track with a resounding victory over the Sky Blues, running out 4-0 victors.

The visitors got off to a flyer when winger Chris Sedgwick scored his first goal of the season in the eighth minute.

Sedgwick then help set up David Nugent for his 17th of the campaign, to give them a 2-0 half-time advantage over their hosts.

Three minutes after the interval, Brett Ormerod widened the gap further, before he added his second on 56 minutes as North End cruised home in the warm midlands sunshine.

Coventry boss Dowie said afterwards: "It sounds ridiculous, but I thought we played very well in the first half.

"There were two moments of madness, but I felt we dominated. The game was centred around the two boxes and they were better than us in both boxes.

"We made a tactical change and did well for three minutes, but then the two goals in the second half were the easiest that will ever be scored and the fourth one was a joke."

Then PNE boss Paul Simpson added: "It's as well as we've played for a long time, but I think it's a reward for the way they have stuck together this week.

"We haven't got too distracted with everybody being negative and writing us off.

"We kept our heads and it was a fantastic performance. We had a great attitude to working, we mixed it up and got our rewards." 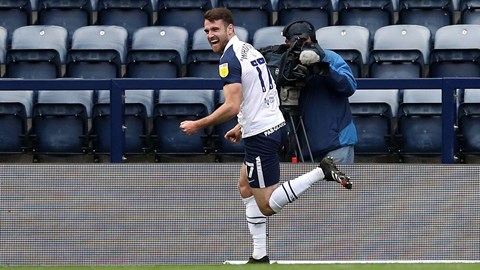