Preston North End defender Andrew Hughes says the squad are looking forward to the visit of Derby County to Deepdale on Tuesday night.

Preston North End defender Andrew Hughes says the squad are looking forward to the visit of Derby County to Deepdale on Tuesday night.

The Lilywhites’ Welsh left-sider explained that the point picked up at Stoke on Saturday was one they are looking to build on when Wayne Rooney’s Rams arrive in PR1.

Speaking to iFollow PNE the No.16 said: “It was a good point against Stoke, especially with the way things were in the first half, but we are looking forward to the game on Tuesday now and looking for all three.

“I would definitely say that it will suit us more if they have to come and try and win the game; we are more of a counter-attacking team and with the pace we have at the top end of the field, we can do damage.

“When teams commit men forward, they leave less men at the back. We are looking forward to the game, with a positive point against Stoke, so we are in good spirits at the minute.”

Hughesy was close to winning the game for PNE at the bet365 Stadium, his late free kick coming off the left-hand post in one of a number of second half chances created by the team and he says there is plenty of competition for those set pieces around the penalty area.

“I don’t normally take them,” he continued. “But with that one, I fancies myself, with the keeper’s side it was on and it was unfortunate it didn’t go in, so I was a bit gutted with that.

“There’s competition on those sort of things and that is a good thing to have. When we go through our debriefs and look at the opposition, it is good to have different options available to us.” 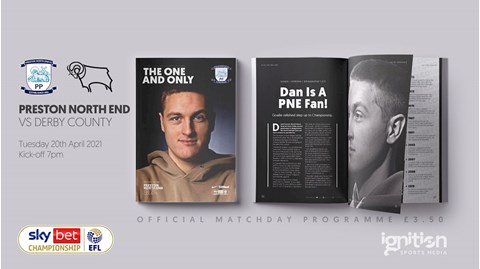 For the last few games the 28-year-old has played as part of a back three, but with Greg Cunningham back on Saturday, it also gave him the freedom to get forward when opportunity allowed, something he enjoyed.

And he says he is happy to play whatever role he is required: “Anywhere across that back line I believe that I am capable of doing a job. I will give everything wherever I am put and I am just happy that I am playing.

“It is good to play alongside someone who understands the position. Greg is a very experienced player and he knows if I need cover, he is always there; and there were a few situations where he played me forward on the weekend and he would fill in for me and that is a good balance.

“I felt I could step into the game on Saturday a few times and when I did that the boys knew to fill in the gaps. I thought there was a big difference between the first half and the second half and we were unlucky not to score,” he added.