Preston North End midfielder Ben Whiteman is hoping that having got his first goal for the club in Tuesday’s win over Derby County, he can add more before the end of the season.

The Lilywhites’ No.17 headed home the opener in the 3-0 success of Wayne Rooney’s Rams and he hopes that now sets him off on a little run: “I spoke in the press earlier in the week about wanting to get the first goal and it was a great pass from Barky [Tom Barkhuizen] and a great cross from the skipper [Alan Browne] – and I just arrived on time,” he told iFollow PNE. “Ched [Evans] pulled the defender away and I just tried to get a good connection on it and luckily it went in.

“I think I only have one other goal with my head, which was at Mansfield and was a bit of a deflection, but it was right place at the right time. I probably should have done better with the volley about five minutes before that, but the over-riding feeling was that I was buzzing to score and buzzing to get the three points, because it was a massive game for the football club.

“If the volley comes after the goal it could have gone in; I probably snatched at it a little bit, it was earlier on in the game, but I am getting in and around the area now and those are the chances that I want and hopefully I can start putting those away and I can get one or two more before the season is out.”

The former Doncaster Rovers man feels that the side have seen a lift in confidence since the change of manager and results have come from that: “We have got our own confidence in the group, but when you are on a bad bit of form then you do start looking over your shoulder a little bit.

“Frankie has come in and done a fabulous job and confidence is massive in football. Everyone, throughout the team, is playing with confidence and picking up results. 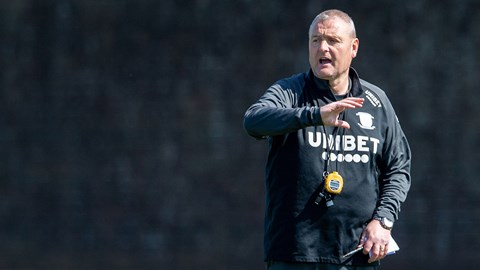 “We had three tough games over Easter and we did well in those and we have carried that on now and Tuesday was a massive game and I thought we thoroughly deserved the three points.”

He also believes that the side are enjoying their football and, having picked up the win on Tuesday, can now look for a positive end to the season.

“Football is a wonderful game and it is about enjoying it and playing with a smile on your face, but also about winning football matches,” continued the 24-year-old.

“Frankie has come in and has simplified it, in terms of what he asks for and what he demands, and the lads have carried that out fantastically well.

“The over-riding feeling is relief, but we now have to finish the season strongly and try and pick up as many points as we can until the season is finished.”

The opportunity to add to the points tally comes at St Andrews this weekend, when North End face Coventry City in the temporary home – before they return to the Ricoh Arena in 2021/22 – and despite the game looking a dead rubber to those on the outside, Ben says there is a lot to play for.

“We are going to go down there and try and get the three points. I know Mark [Robins] really well, the manager; he has done a fantastic job and over the past month they have picked up some really important results. 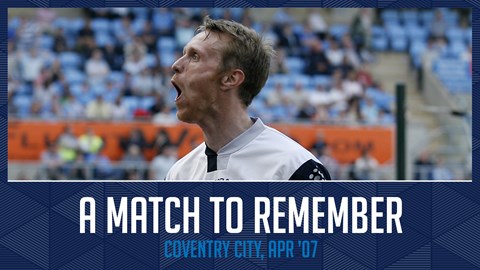 “From the outside looking in, it is probably going to look like a dead game, because both sides are pretty much safe, but we are going to go and try and put on a professional performance and try and get the three points,” he added.

There’s loads more from Ben in the extended interview as he talks about the change in formation, the midfield battle at the weekend and much more, just click on the video at the top of the page to watch the full chat.