Preston North End striker Ched Evans has signed a new contract until the summer of 2023. 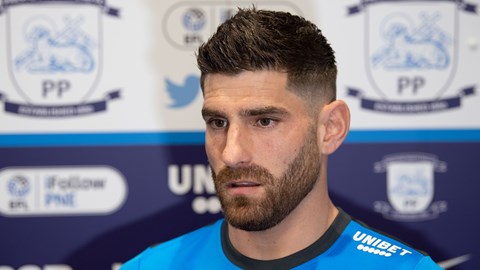 The Lilywhites brought in the former Sheffield United forward from Fleetwood Town in January, initially signing on loan, before completing a permanent deal until the summer.

However, he has now put pen to paper on a new contract until the end of the 2022/23 campaign, having scored three goals in 15 games, including the goal of the season contender at Millwall last month.

Speaking after completing the necessary paperwork, the 32-year-old said: “I came here to make an impact and I feel like I have done that and I am really pleased with how it has gone – although more wins on the board would have been nicer.

“After the last two games, spirits are good, the atmosphere is high and I am over the moon.

“As a professional footballer I feel like I am at a really good stage. I spoke to Frank [McAvoy] about getting more in the centre of the box to score more goals.

“Over the last couple of games, we have created a lot more opportunities and I need to get into the right positions for these, but I am really pleased with my all-round performances, in training and games.

“The facilities are unbelievable here and I am happy and I hope to score more goals and create more chances.”

Interim head coach Frankie McAvoy added: “He has earned it for what he has done since he has been here. He has been a breath of fresh air, is an experienced player and since he came in he has been absolutely brilliant.

“Hard work and effort deserves to be rewarded in my eyes and anyone who has seen what Ched has provided and produced since he arrived, will think it is deserved. I am absolutely delighted for him and it is great news for Preston North End.

“We have a lot of young players in the dressing room and for the younger front players he is someone they can learn about the game from. He has had a good career in the game and credit to him.”