Preston North End forward Ched Evans admitted he turned down other offers to sign a new two-year deal at Deepdale.

Preston North End forward Ched Evans admitted he turned down other offers to sign a new two-year deal at Deepdale. 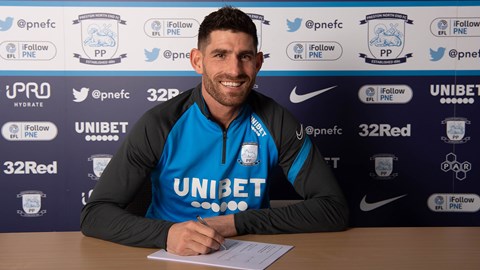 The Lilywhites’ No.26 has signed a new contract until at least the summer of 2023 and he said that the reaction of the supporters, when the news of interest from elsewhere came out, was something he was delighted with.

“For me it is really, really nice,” he told iFollow PNE after putting pen to paper. “I take massive pride in people wanting me to stay at their club.

“There were other offers on the table, but for me, personally, I would rather be happy here and when the fans do come back, they will know what I am about.

“When the fans are there, it gives you that extra push to do a bit more and to get the goals. Once the fans are back and the atmosphere is back in stadiums, it will be unbelievable.”

He says the players also played an important part in his decision, having been welcomed from day one: “The dressing rooms are all separated at the moment, due to the Covid restrictions, but you can see the atmosphere and camaraderie in the camp,” he continued.

“There are a few loan players in, so the dynamics will change again at the end of the season, but right now the atmosphere is good and happy.

“We just need to keep doing what we have been doing - when you are winning and getting points on the board it feels easier.”

Having signed the paperwork, he also feels he is in a good place in his career and is already working to improve his output with interim head coach Frankie McAvoy.

“I came here to make an impact and I feel like I have done that and I am really pleased with how it has gone – although more wins on the board would have been nicer.

“After the last two games, spirits are good, the atmosphere is high and I am over the moon.

“As a professional footballer I feel like I am at a really good stage. I spoke to Frank [McAvoy] about getting more in the centre of the box to score more goals.

“Over the last couple of games, we have created a lot more opportunities and I need to get into the right positions for these, but I am really pleased with my all-round performances, in training and games.

“The facilities are unbelievable here and I am happy and I hope to score more goals and create more chances,” he added.

In an extended interview with Ched – which you can watch by clicking on the video at the top of the page – he chats about his fledgling partnership with Emil Riis, what it will be like when fans return to stadia and his early career alongside former PNE favourite Richard Cresswell, when he was at Sheffield United, check it out now.