Preston North End are delighted to confirm that Greg Cunningham has agreed a new contract at the club. 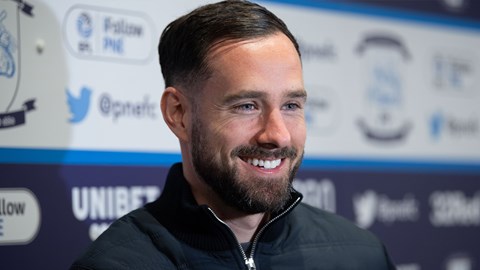 Greg Cunningham: “The Fire Is Burning More Than Ever”

The Lilywhites’ Irish international defender re-joined PNE in January, after a two-and-a-half-year spell with Cardiff City, signing initially on loan back at Deepdale, before converting into a permanent deal until the end of the season.

But now the 30-year-old has signed a contract until the summer of 2023, committing his future to North End.

Across his two spells, the current No.37 has made 120 appearances for the club, scoring five goals, including one against Blackburn Rovers earlier this year and has a career that is approaching 300 professional matches.

Speaking after signing on the dotted line, Greg said: “I am delighted to get things sorted. I have said since I returned to the club, that I feel right at home and it is great to get it done before the season finishes.

“We’ve got two games to go, we want to pick up as many points as we can and then I can go home and relax, knowing my future is sorted at the club I love.”