Greg Cunningham: “The Fire Is Burning More Than Ever”

Preston North End defender Greg Cunningham is hungrier than ever for success after signing a new contract at Deepdale.

Preston North End defender Greg Cunningham is hungrier than ever for success after signing a new contract at Deepdale. 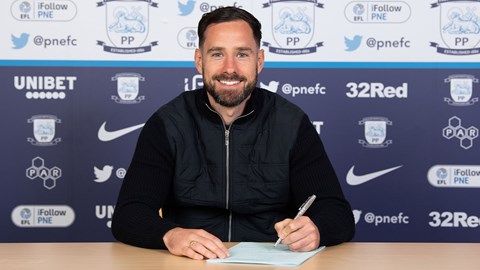 The Irish international has completed paperwork until the summer of 2023 and says that he is hoping to have a successful time during his second stint with the Lilywhites.

Speaking to iFollow PNE after putting pen to paper he said: “I have said before, that the fire is burning more than ever. I feel really good in myself and it is important for us as a club that we finish as strongly as possible.

“We are eyeing a top half finish, but first thing’s first, we will recover from the weekend’s game and then we will prepare for Saturday, then look to Forest before going away, recharging to go again in July.

"I am delighted to get things sorted. I have said since I returned to the club, that I feel right at home and it is great to get it done before the season finishes.

“We’ve got two games to go, we want to pick up as many points as we can and then I can go home and relax, knowing my future is sorted at the club I love.”

The current No.37 admits that since his loan arrival from Cardiff City in January, his aim has always been for a long-term return to the club: “This was the aim from the moment I came back in January.

“I needed to get out on loan and get games and when there was an opportunity to come back here, I grabbed it and from minute one I felt right at home, I settled in quickly and have enjoyed every minute of it.

“It is great that things have turned around results wise; it has been very positive.

“It was about getting games; there is no secret that I didn’t have a great time at Cardiff, so it was important for me to get out and get games and doing what I enjoy doing, which is stepping onto the pitch and contributing as much as I can.

“I had a run of games before the Bournemouth game and I have come back in and returned for the latter stages. The boys have been great, they have worked their socks off and got the just rewards.”

And the Galway-born left back says that even when he was away, he had eyes on Deepdale and now wants to contribute as much as possible to the club as it moves forward.

“In football, players move on, but I have kept in touch with a lot of the boys and a lot of the staff and I have always kept my eye on how Preston North End are doing, so when there was an opportunity for me to come back, it was a no brainer.

“I haven’t looked back and I am delighted to sign a new contract and be here for the next few years.

“It is a nice feeling to get things sorted. Being in my position, going into the summer out of contract would not be ideal, so I am delighted to get things sorted before I go home and spend time with the family and then get ready to hit the ground running in July.

“I am sure there will be a lot of changes in the summer and it is important I come back in great nick and contribute as much as I can,” he added.