Jacob Holland-Wilkinson described his side's 4-2 defeat to North West Youth Alliance league opponents Bolton Wanderers as ‘a hard one to take’ after the visitors took all three points in a well-fought contest between the teams.

Goals from Vaughn Green and Noah Mawene were cancelled out by a hattrick from Wanderers forward Kian Le Fondre and an injury time strike from Jay Fitzmartin. 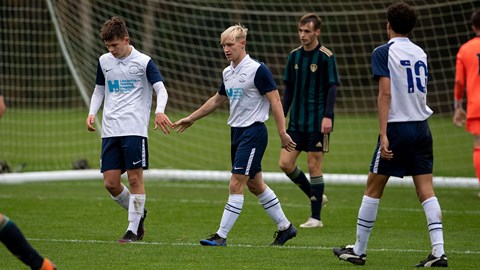 The second year scholar felt the nature of the goals that the Lilywhites conceded disrupted their rhythm, having made a positive start and gone a goal up inside 20 minutes.

Holland-Wilkinson told PNE.Com: “When you concede the goals, we conceded today it killed our momentum after going 1-0 up.

“We had made a good start to the game but overall, I felt like we just weren’t clinical enough and we lacked that cutting edge up front that was required to win the game, which is very disappointing.”

The forward added that the team ethos would remain after a strong run of form had seen the young Lilywhites go unbeaten through March until a midweek defeat at Carlisle.

“I feel like we play as a team and lose as a team, if one of us aren’t at it, it can show with the other lads, this is where we need to improve and be stronger.

“I’ve had better games than I showed today, it’s just really how we put these recent defeats behind us and bounce back that matters now.

“We had a good run of five or six games unbeaten, so we definitely have the quality in the side to put the recent defeats behind us.

“We just have to work hard in training, listen to the managers instructions and re-find that clinical edge and final product that we have had all season.”

North End's youngsters' next challenge is an away trip to Oldham Athletic in the North West Youth Alliance league Saturday 10th April, as they look to return to winning ways.