Lewis Coulton said it just wasn’t the youth side’s day after they were narrowly beaten 1-0 away at Walsall.

PNE U18 fell behind in the first half of the North West Youth Alliance league contest and didn’t manage to find a response to the goal. 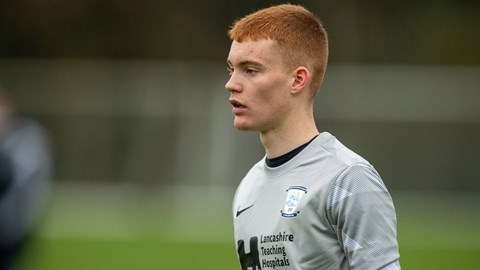 “It was a frustrating game, to be honest,” Coulton said. “It started off pretty scrappy, a few heavy challenges and they showed us what type of game we’ll be going into.

“Then they got the goal from what we all thought was a foul, but we can’t go back and say that now because it’s been and gone. We should have done better to defend that once the foul had been gone.

“We had chances as well in the game which on another day our strikers would have taken, but it just wasn’t our day today.”

The physical nature of the game was maintained throughout, which was something that the 18-year-old and his teammates knew would be a key factor of the match at the Birmingham FA headquarters.

“We knew it wasn’t going to be an easy game,” he said. “We know what they’re like, we’ve played them before and they like to battle teams.

“Teams like to come up against us because they don’t think we’re a team that like to battle, so the first tackle is always a big tackle to show us that we’re in a game.

“They come up against us and just hit it to the big man, which we defend most of the game but on other days our strikers take their chances, but not today.”

Next weekend’s home match against Tranmere Rovers is the last game of the 2020/21 campaign for the youth side, and for Coulton and his fellow second year scholars, it will be their last game in North End’s Academy set-up.

Speaking on the occasion, he said: “Obviously I want to go out there and show everyone what it’s meant for me the past few years.

“I want to show everyone that I’m thankful for everything they’ve done, and I want to go and put a good performance on.”