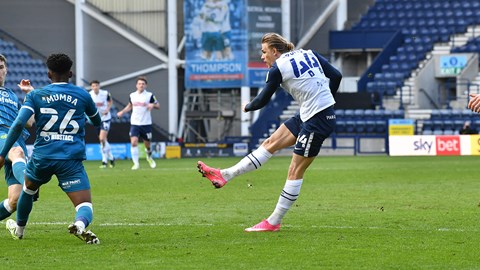 North End, in their first game under interim head coach Frankie McAvoy, went a goal down at Deepdale after a good strike from Emiliano Buendia in the 17th minute.

But the squad kept fighting and it was substitute Potts who came up with the goods in the very final stages to earn his side a point.

Speaking to iFollow after the game, Pottsy said: “We knew it was going to be a tough game and Norwich would have a lot of the ball, but I think since the gaffer leaving, it’s probably brought the group closer together because we know what’s needed from now until the end of the season.

“We knew that togetherness and team spirit would go a long way today and I felt like that was the case and everyone was working for each other and we stuck in the game and we’ve thankfully got a goal at the end.”

After his 95th minute strike, Potts and his team-mates rushed to the sidelines to celebrate as a team, suggesting a real sign of unity within the squad. 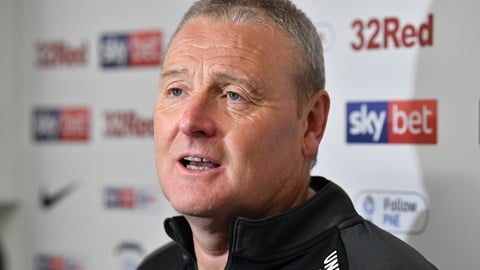 “So I think just for the club really and for the fans and the players, it was vital that we didn’t lose today.

“There’s probably no better way than scoring a last-minute goal because obviously all the emotions come out even more I’d say and yeah, the lads are delighted to get a point in the end.”

The game looked to be over when Tim Krul gathered a looping deflection in the fourth minute of added time, but the team kept going and found time for one last attack.

“To be honest after that, I thought the ref was going to blow his whistle,” added Pottsy. “But [I’m] just thankful for another attack and I think it was a great ball from Leds (Ryan Ledson) and yeah it’s just one of them, if you don’t shoot you don’t score so delighted for it to go in.

“You need that [luck] especially when things are going against you, it feels like you never get them little things but today it went our way and the lads came in absolutely buzzing so we need to make sure we push on this result.

“To be honest with you I wasn’t happy with how I’d done when I came on. I felt I was a bit sloppy, but you’ve got to come on and affect the game and scoring a goal does that so obviously I’m really happy with that.”