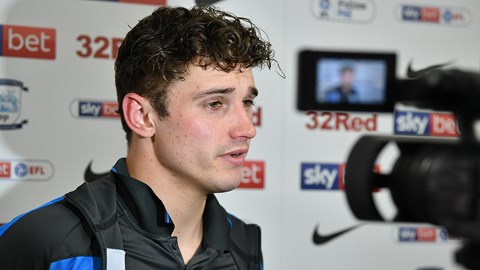 Interim head coach Frankie McAvoy kept the side that had defeated Swansea City on Easter Monday, with skipper Alan Browne and Anthony Gordon returning to the bench after suspension and injury respectively.

And the Lilywhites started brightly, former Blackburn goalkeeper David Raya making a save from a deep Ryan Ledson corner and then Tarique Fosu cleared as early as the seventh minute.

But the visitors went in front, against the run of play, on nine minutes. Mads Roeslev got down the right-hand side of the box and pulled the ball back for the run of French U21 striker Mbeumo, who fired home from 12 yards out.

A great chance to draw level came mid-way through the first half, as a long throw from Tom Barkhuizen was flicked on in the penalty area, falling to Emil Riis just inside the box. The Dane drilled a vicious shot on target, but Ethan Pinnock got a knee in the way and diverted the ball behind for a corner.

And PNE were punished on 26 minutes when Roeslev again got space to pull the ball back from the edge of the area for Forss to fire low to the left of the goal from 15 yards out.

North End’s management team looked to take the game to the opposition, throwing three substitutes on early in the second half, with Browne, Gordon and Scott Sinclair all added to the options, with a change to 4-3-3. 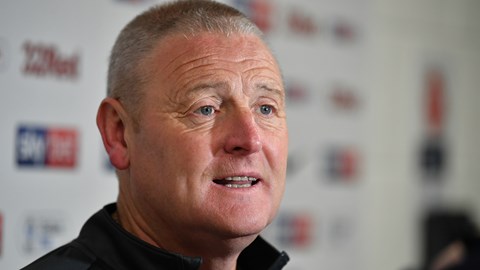 But with the attacking options on the pitch, it also meant gaps, that were exploited by the Bees. Ivan Toney headed home from close range with a quarter of an hour left, with a stood up cross from the left by Fosu.

And after a well-hit effort by Barkhuizen went just over, after going past two defenders down the left, the visitors made it four when Toney pulled the ball back from the left-hand byline and substitute Sergi Canos fired home from a yard out.

And in injury time another substitute, Emiliano Marcondes, fired home via deflected shot under Daniel Iversen from eight yards out to the right of goal to finish the scoring.