Saturday’s match programme sees the scorer of the last game at Deepdale, late equaliser Brad Potts, as the main interviewee in the 21st edition of the 2020/21 matchday programme.

“It’s crazy how everything can change in a week in football,” reflected Potts, when speaking to The One And Only earlier this week.

The 26-year-old admitted, after three defeats on the bounce prior to the Easter period, it was a tough time, which ended with manager Alex Neil leaving his role.

One week later, and a last-minute equaliser by Potts against table-topping Norwich and then a late winner at Swansea and suddenly the mood has lifted at Deepdale.

“It’s crazy the difference in a week,” said Hexham-born Potts. “We knew the last two games were massive for our season, so everyone has been in it together, been fighting for each other and it has shown.

“The last two games we have got two positive results, the lads are over the moon; it’s a good feeling around the place and everyone is delighted.

“Before that, obviously we weren’t getting the results and it was hard for the manager. We weren’t winning games, we weren’t performing on the pitch and we as players have to take responsibility for that.

“There is only so much he can do during the week and then it’s up to the lads on the pitch to perform. 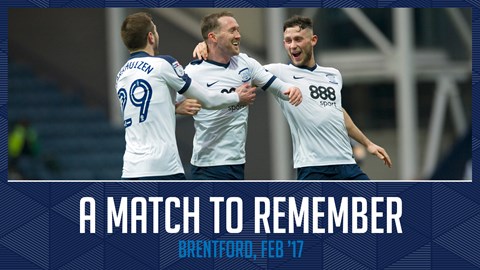 “We don’t know why we weren’t doing it. We went on a bad run, there were big changes in January, we lost quality players who had been here a while and then signed eight new players and it was a big transition period for the club.

“Obviously, if we could have put our finger on what went wrong, we would have been able to pick up results, but the way things went unfortunately it ended in the gaffer losing his job.

“He had signed me so it was a tough one to take, but we knew the best way going forward was we had to stick together and that’s what I feel like we have done and it has brought it us closer together as a group.”

Brad knows with experience that closing ranks in a tough situation is the best policy. He was relegated with Barnsley from the Championship in 2018, before bouncing straight back up the following season.

“You know that, when things aren’t going your way, the best thing is for everyone to stick together.

“We are all in it for the right reasons and we are a team at the end of the day.

“We need to be fighting for each other, we all get along well, we know we have the quality, it was just picking up the results and it doesn’t matter how we do it. Like any good team you have to have a good spirit and we have that.”

After that relegation with the Tykes, Brad admitted he desperately didn’t want that feeling again, but knew that anything is possible in the Championship.

“The run we were on, we were looking over our shoulders and it puts pressure on you and you feel like you have to get a win. 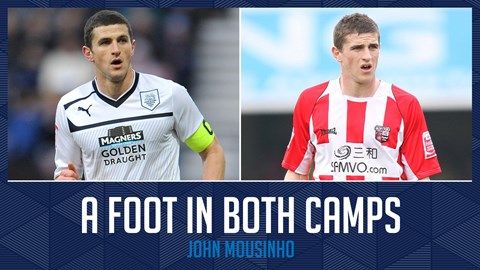 “It’s not nice when you are relegated and, in the back of my mind, I am thinking I need to do everything I can to make sure we get points on the board.

“The point against Norwich was massive, everyone was so relieved and we wanted to take that momentum into Swansea and, in getting the three points there, that took some of the pressure off us, but we aren’t finished yet.

“There are still six games to go and we still need to pick up points.”

There’s loads more from the Lilywhites’ No.44 in Saturday’s 84-page edition of the programme, along with interviews with Louis Moult, Patrick Bauer, Daniel Johnson and Anthony Gordon, and you can order yours now, plus any back copies you have missed so far this season.