And Daniel told The One And Only that he doesn’t know what his future holds, but the goalkeeper is disappointed the North End fans have not had a chance to see him live.

The on-loan keeper had big boots to fill when Declan Rudd suffered a serious knee injury in training in January and the 23-year-old signed for the rest of the season.

The Danish stopper has admitted there have been ‘more lows than highs’ in his spell at Deepdale so far, but he has impressed between the sticks, pulling off superb saves against Birmingham, Blackburn, QPR and more to help North End earn vital points.

He signed a five-a-and-half year deal with the Foxes last year, so his future is secure in one way, but he knows he has to be willing to move about – even to other countries - as he has already since he landed in England permanently aged 18.

“It’s good to sign a long contract, especially for a keeper, as you really have to wait for your chance so that is why it is such a long deal,” said Daniel.

“But, while it’s nice as I know my bills will be paid, I am still in a position in the summer as to whether I should go on loan or not. So, in the summer, even though I am under contract, my future is still up in the air like many others.

“I have enjoyed my time here. It’s been hard, as we have had too many ups and downs, too many downs really. I guess that’s football, but it has been a tough time.

“I was delighted to sign as I had been in Belgium for the first half of the season and hadn’t played a lot. So, from my own performances and coming from not playing, I had to find that match feeling again and I think I have done okay.

“I have made some good saves and there have been some good games, I have had a lot to do and I just try to do my best every game. Sometimes it’s enough, sometimes it’s not.

“I have been made welcome, so it’s sad the fans haven’t been able to watch us this season. Football players love to play with a crowd, you can get such a lift from the crowd and you don’t get that right now. 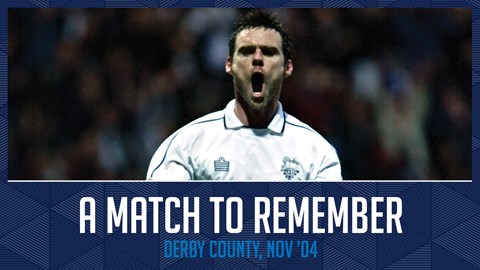 “The first time I played without supporters was in Belgium and it felt like a friendly game. Now you are more into it, even though it’s still harder mentally going into a game without them.

“Hopefully, they can come back next season. It’s disappointing the PNE supporters haven’t had the chance to be at Deepdale this season, but you never know what happens in football, maybe I will come back!”

After his impressive performances on loan at Oldham, he stepped up to League One last season with Rotherham who, when the campaign finished in March, ended up second with the Millers promoted on the points per game system.

“It would have been nice to get a full season and get promoted ‘right’, if you can say that. I got a medal.

“From Oldham to Rotherham it was a big step, the club and the pitches were better, and Rotherham have a really good manager in Paul Warne.

“Preston goalkeeping coach Mike Pollitt was there for the first couple of months and everything was so professional and it was all good people at the club.”

He admits the closeness of the North End squad has kept everyone’s spirits up in tricky times.

“It’s a good dressing room here. I found it hard in Belgium where they talked mostly French, so to come to an English dressing room again was nice.

“My English wasn’t that good when I first came to England, I couldn’t always understand or speak it, but you learn so quickly when you sit in a dressing room, when people are talking to you and you can listen to what they say.

“Me and Emil [Riis] do still speak Danish to each other and the others will shout at us to speak English, but there are good characters here which have certainly helped in the tough times.”

There’s loads more from Daniel in this penultimate edition of the programme this season, including interviews with Ben Whiteman, Jordan Storey and Emil Riis – make sure you get yours now for £3.50, with 84-packed pages of content.