For our final matchday programme of the 2020/21 season, we speak to on loan Liverpool defender Sepp van den Berg.

And speaking to The One And Only, there is a new group of North End fans in Holland for ever now – thanks to Sepp!

The Liverpool loan defender can’t praise his time at Deepdale enough and he admits his family are tuned into PNE from his home country willing them to win.

“Everyone back home has been on iFollow,” smiled the 19-year-old, who arrived at PNE in January. “My grandma, my grandpa, my girlfriend, even my girlfriend’s parents have been watching me. I have a big support back home.

“There is a whole new Preston North End Dutch fan club, they watch every game!”

And he admits, even though he has hinted he would love a return next season, that no matter what happens he has fallen in love with North End.

“I will never forget the time I have had here and hopefully it will be next season as well, you never know, but I will follow PNE for sure.

“If I still live close by, if I stay at Liverpool, and if the fans are allowed back, I will come back as a fan next season, if I am not here playing.” 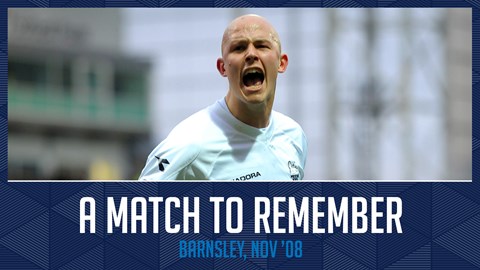 Sepp grew up in a sports-mad family in Zwolle in Holland.

“I started playing football at the age of five or six and I liked it. I like playing other sports as well, but football is just made for me, that’s how I feel about it.

“My mum played volleyball at a high level, she played in the Dutch youth national teams, and she combined that with school and that’s what I did with football, so she helped me a lot. I do have a sporty family, my sister plays field hockey.

“My dad can play tennis a bit, although at the moment I think I will beat him, but he says I won’t! He worked for two big Dutch tennis players, giving kids tennis lessons in their camps, then he took the tennis hobby into his work.

“Now he has his own sports campus which has a football pitch, hockey pitch, beach volleyball and people can stay overnight for training camps. I train there in the summer, so I am a lucky guy.”

Sepp said it was a dream come true when he signed for Liverpool in June 2019 from PEC Zwolle for £1.3m, leaving his family behind him to make the major step into the Premier League.

He made four senior appearances in both cups last season and has also played in Liverpool U21s EFL Trophy matches.

However, he is first to say his move to Deepdale, where every point counts, has helped him grow as a player both on and off the field.

“When I arrived, I hadn’t had so much experience. I have played a few games in Holland, a few games for Liverpool, but it’s not that I am an experienced defender.

“Defenders of my age, it’s hard to play especially at the level I am playing at now and the Championship is a really hard league.

“It’s a big step in my career to be able to play here. I feel good at the club and the people have helped me settle and that’s why I think I have been playing well.

“I have been feeling well in the changing room and I hope it shows on the pitch.”

There’s loads more from Sepp, plus interviews with Ryan Ledson, skipper Alan Browne and all the usual articles and features, including the conclusion of our look back 50 and 70 years respectively.

You can get yours now, plus order and back copies you are missing, by clicking here now