The U19s beat Fleetwood 2-1 in the first game of their Youth Alliance Cup campaign, as Jacob Slater and Finlay Wallbank got the goals for North End but it was the defensive effort that got the team over the line. 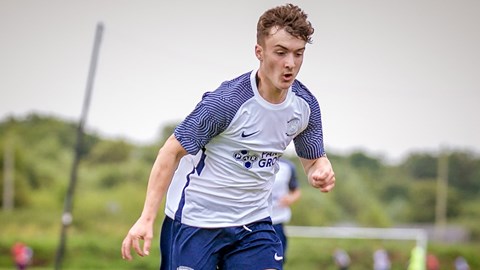 Speaking to PNE.Com after the win, Blanchard said: “I thought we started really well, especially in the first half we played the better football of the two.

“I thought we also played good football in the second half I just thought late on in the game we made it a bit frantic for ourselves, they got a goal back, but I thought we held on well and we showed that we can hold onto these games.

“I thought defensively we showed good character to stop any more goals going in I thought we defended really well.”

The 18-year-old knew that Fleetwood would provide a tough test but felt that the team could pull through and get a result and believes the team can go far in the competition.

“I think we can go pretty far (in the Youth Alliance Cup) it shows, Fleetwood are a good side we’ve played them before and had tough games against them.” Blanchard said.

“When we all put our heads together, we can perform like that and win games and we can go as far as we want.”

The U19s' next game is a Youth Alliance League fixture away at Tranmere Rovers and Blanchard believes the team can build on this win on the road next weekend.