Preston North End head coach Frankie McAvoy believes that Jamie Thomas has all the attributes to kick on and develop with the Lilywhites after agreeing an initial one-year contract with the club. 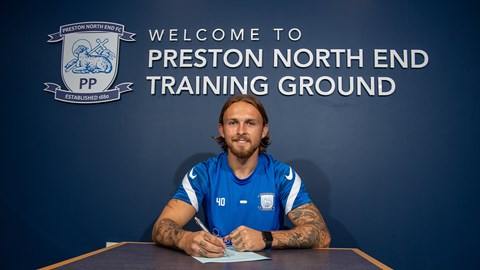 The 24-year-old agreed the terms on a deal after impressing on trial during pre-season and the Scot says that he has not looked out of place in training and playing with his new team-mates.

Speaking to PNE.Com after the midfielder completed the paperwork on his deal, the North End boss told the official website: “I’m absolutely delighted. We saw him playing here in the friendly against Bamber Bridge and the boy did extremely well.

“The recruitment guys behind the scenes did a background search on him and obviously we found out he had been in the game before and we decided to have a wee chat with him, find out how things were progressing with his life and he just seemed to have lost his way a wee bit – which can happen, particularly when you are young.

“We wanted to invite him into training and we thought it would be a good idea to get him into our environment to see how he would do and I spoke to the Bamber Bridge manager, Jamie [Milligan], and he made it happen for us.

“There were other clubs looking at him, but he has come in here and done really, really well. We put him in for 45 minutes against Accrington and I thought he performed well, scored the goal and hits the box well. Against Wigan, again, I thought he did well. I thought he started a wee bit safe, but he sees a forward pass, he gets round about the goals, he has got a strike on him that is excellent and he is a threat.

“When he has been in here, he has performed, he does not look out of place one bit. I am delighted with him; I am delighted the club have given him an opportunity and a chance and hopefully he can kick on and do well.” 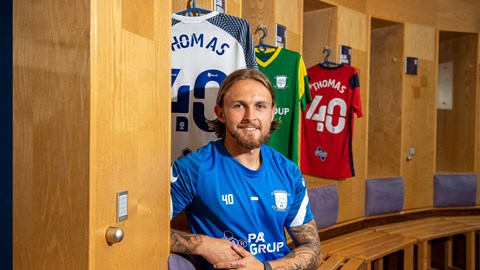 Frankie believes that Jamie is a good example of players developing at different rates and he believes that there are many players in the group who will benefit from the additional opportunities available this season, after the club’s registration in the Central League.

“You just never know what can happen, in life in general and in football,” he continued. “There is no question about it, he is a talented player, you can see that. We have to work hard with him and try and improve his fitness levels and his mobility getting about the pitch, but he is only going to improve that in the full-time environment and I am hoping that he can do it here at Preston North End.

“You know the opportunities and chances we have got now – there are a lot of younger players who have come up and been given an opportunity. Going into the Central League, it gives opportunities for players to further progress and develop and if they don’t make the matchday squad, they will have other chances to play ‘real football’. That is their chance to show that they might deserve that opportunity to work their way back into the squad.

“I am delighted with it. I am delighted all-round at the moment with how things seem to be progressing and I am grateful that the club have given Jamie a chance and I am hoping that he can take that chance.”

And he feels that PNE's new No.40 is ready to take the second chance he has been given at a professional career with both hands and is excited to see what he can deliver.

“I have no doubt that he will take the opportunity, grasp it and run with it," added Frankie.

“He is a talented individual and I know people might look and say ‘he is playing at Bamber Bridge’, which is many tiers below Preston North End, but there are many players who have been plucked from leagues lower than where teams are and have gone on to have fruitful and influential careers and Jamie has got that chance.

“Sometimes you may never get that second chance in life, but he has now got it; he looks like a boy who is hungry and desperate for it.

“He has been in a professional environment before, he knows what it is like and I am glad that we can give him that platform to show us what he has got and what he is made of."