Frankie McAvoy was delighted with his side’s reaction after going a goal behind against Swansea City to go on to win the game 3-1.

Joel Piroe opened the scoring for the visitors on 19 minutes, but Sepp van den Berg drew PNE level almost straight away, before goals from Emil Riis and Ben Whiteman either side of half-time sealed the victory.

“The reaction was great and in the second half we were excellent,” Frankie told iFollow PNE. “We really put it right to them. We made it really tough for them to try and play out. I don’t think they managed to breach us many times at all in the second half and we were a real, real threat, and getting the third goal was excellent.

“We don’t get too high when we win and don’t get too low when we lose, that’s the beauty of things, because there’ll be ups and downs. That’s football, there’s peaks and troughs. 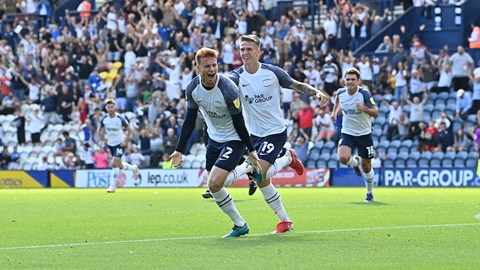 “The most important thing is I think we showed today if we put our act together, we can be formidable. I’m delighted that we’ve done it at home because most of last season we did it away from home.

“After the first game against Hull I think they’ve put a wee bit of faith and trust maybe back in supporters for the players, which is pleasing for me because I know myself they’re good lads, they’re good players, and I’m just delighted that they’ve managed to win the game today.”

The head coach chose to make just one change from last week’s win over Peterborough, with goalscorer Riis brought into the team, and it was again a 3-5-2 with wing backs.

On the right once again was van den Berg, on loan from Liverpool and fresh from a call up to the Netherlands U21 side, and he was on the scoresheet for the second game in a row. 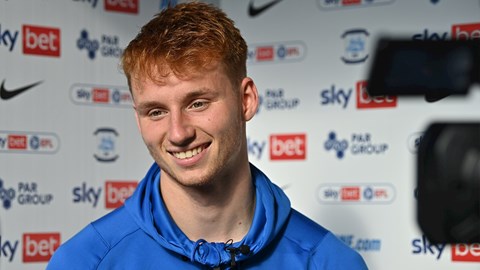 Frankie said: “Anybody can see it’s our task to get the wing backs as high up the pitch as we can. These are two young boys as well, Josh Earl and Sepp van den Berg, who’s 19 years of age and scores again.

“It’s just fantastic; the amount of opportunities and times you can get them into the box is great. I just felt overall we played really well at times. We were a real threat in the middle of the park with Ben [Whiteman], Ryan [Ledson] and DJ, I thought they were great.

“They never gave them a lot of time to get passes moving and then when we managed to nick it we had Seani [Maguire] and Emil [Riis] who were a real menace and a real threat for the full day, and the three big lads at the back, Jordan [Storey], Pat [Bauer] and [Andrew] Hughesy, they defended admirably as did Daniel [Iversen] when he was called upon.

“So I thought it was a real, real good team performance today against a team that will get better.”

The victory over Swansea means that it is now three wins in a row for the Lilywhites, but Frankie said his side are not going to get ahead of theirselves.

He admitted: “We know it’s a marathon, there’s 46 games. What we’ve managed to do is pick up a couple of wins, both at home, which is really pleasing for us.

“What we need to do is dust ourselves down, have a couple of days off and then we’ll work hard when we get back in preparing for Bristol City a week on Saturday, and that’s the most important one now.

“The rest is in the bin. It’s gone, it’s in the past, and we just need to look forward and hopefully we continue to do well.”