Lewis Coulton said he felt like a leader during a well-earned 2-1 win for PNE U19s over Tranmere Rovers.

After a frustrating first half that North End dominated, Coulton was introduced at half-time as his side came out the victors after a much more even second period. 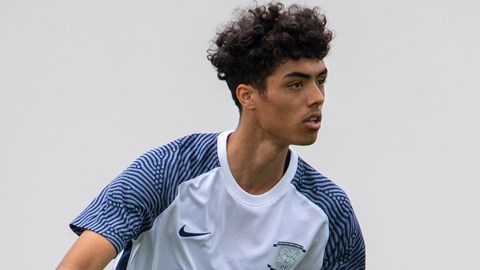 The midfielder praised his teammates for the way in which they overcame difficult opposition.

“But when our chances came in the second half, I think we took them quite well.”

On the hosts' equaliser, Coulton continued: “It is quite frustrating but in the end it’s football, you get flukes like that. After the goal you’ve got to keep the boys going."

Having represented the side for over two years before signing his first professional contract in the summer, Coulton realises his importance to the squad whilst on the pitch.

“As a senior player in this group now, I feel like when I come on the pitch I need to be a leader.

“I need to talk to the younger lads, I just need to keep them going, make sure they’re always switched on and obviously make an impact.”

It was a memorable day for the 18-year-old personally as he made his first appearance for the Lilywhites since recovering from Covid-19.

“It’s been quite a long time out for me with Covid, I’m just glad to get the first 45 minutes back in the tank.”