Lewis Leigh described it as a proud moment for himself and his family after signing his first professional deal at his hometown club.

Lewis Leigh described it as a proud moment for himself and his family after signing his first professional deal at his hometown club.

The 17-year-old midfielder joined local side Preston North End at U14 level and progressed his way through the Academy before signing a scholarship last year.

Lewis is still in the second year of that deal, but after impressing during pre-season, the teenager has put pen to paper on a pro contract at Deepdale.

In an interview with iFollow PNE, Lewis said: “I’m over the moon, obviously it’s a proud moment for me and my family. I’ve worked hard since I started playing football when I was very young so I’m buzzing with it.

“It’s been a long time coming, obviously it’s my hometown club as well so I’m over the moon with it.

“All my mates support Preston as well so it’s a big thing, not just me and my family, but my friends as well because they’re big Preston fans.”

Head coach Frankie McAvoy involved him right from the very start of pre-season, bringing him to train with the senior squad on day one of preparations.

Lewis was a part of most pre-season games, starting against the likes of Bolton Wanderers and St Johnstone, and he has enjoyed playing alongside experienced professionals.

“It gives me great experience. The experience is building up now so I’m getting a bit more comfortable on the pitch and it’s put into training as well.

“I’m not just getting the ball and giving it away quickly, I’m relaxed a bit more now so the experiences are kicking in.”

Being a Preston lad, Lewis is unsurprisingly hoping to feature lots during the season, and he has already made note of one game in particular.

“I’m buzzing," he added. "I’m thankful for it as well. It’s a huge show of faith from Frankie so I’m happy.

“I just want to get out at Deepdale in front of the fans to show them what I can do.

“100 per cent [I just want to get stuck in now], especially against Blackpool. I can’t wait for that one, that’ll be a good one.”

There’s plenty more from Lewis in his full interview on iFollow PNE at the top of the page. 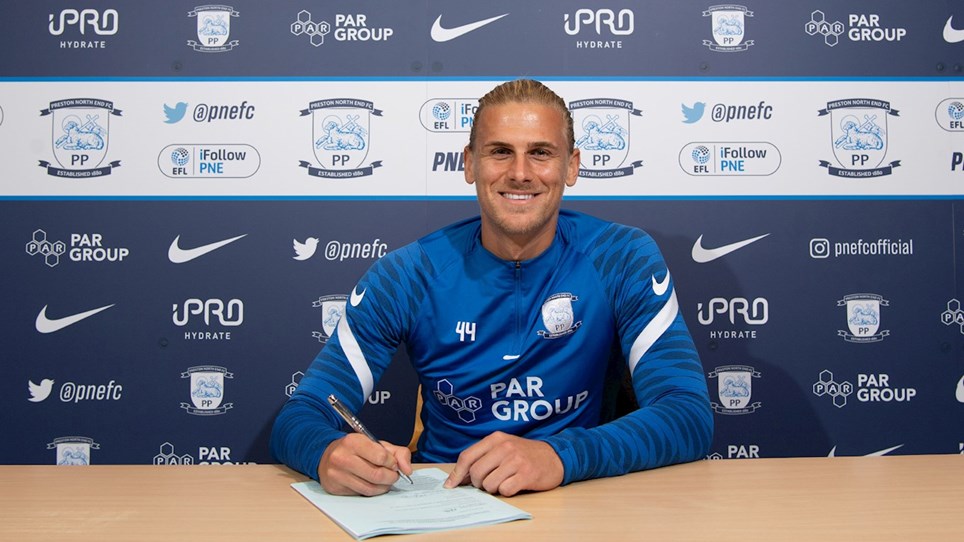