Preston North End head to Berkshire on Saturday afternoon to face Reading in the second game of the Championship season.

Frankie McAvoy's side will be looking to build on the midweek victory over Mansfield Town in the first round of the Carabao Cup, following a defeat to Hull City in last week's league opener.

Tickets are still on sale for this fixture, with PNE having been allocated 1,500 seats in the away end which is split into standard seating and a family area, but there will be no sales on the day at Reading. Find full details here.

Also in the above link are details regarding coach travel offered by the club from Deepdale and Leyland for £25.

For international supporters, live streaming will be available on iFollow PNE as part of a season pass, or by use of a £10 match pass. Domestic fans are unable to watch online, but audio commentary is available for £2.50.

Frankie McAvoy welcomed both Sean Maguire and Scott Sinclair back from their isolation periods on Tuesday evening in the Carabao Cup, and they will again be available this weekend.

Still missing for the Lilywhites, though, will be Matthew Olosunde, who continues to nurse himself back from an injury picked up in pre-season.

Reading have so far suffered two defeats in their 2021/22 campaign, narrowly losing 3-2 to Stoke City in a thrilling Championship encounter before a young-looking Royals were beaten 3-0 by Swansea in the first round of the Carabao Cup in midweek.

One of their best performers last season, former Liverpool man Ovie Ejaria, has missed both matches so far this term, but could be in line to make his return on Saturday afternoon.

Veljko Paunovic’s side made their first signing of the summer window on Thursday afternoon, amid embargo restrictions, bringing Tom Dele-Bashiru in on loan from Watford, and he is available for selection this weekend.

After winning at the then-named Madejski Stadium last season, PNE will be looking for back-to-back victories away to Reading for the first time in club history.

Reading’s dangerman last season was striker Lucas Joao, who netted 19 goals in the league, and he’s faced North End more than any other team in his career to date, playing the Lilywhites on 11 different occasions, scoring twice.

These two have an even head-to-head record, with both sides having won 25 times since their very first meeting in the FA Cup in 1894. That game wasn’t so even, though, with North End coming out 18-0 winners!

It was a goalless draw back in January 2021 when Reading came to Deepdale on a Sunday afternoon in front of the Sky Sports cameras.

The Royals, who were in the hunt for automatic promotion at the time, had the best chance of the game in the 83rd minute from the penalty, but Joao missed the target from 12 yards. 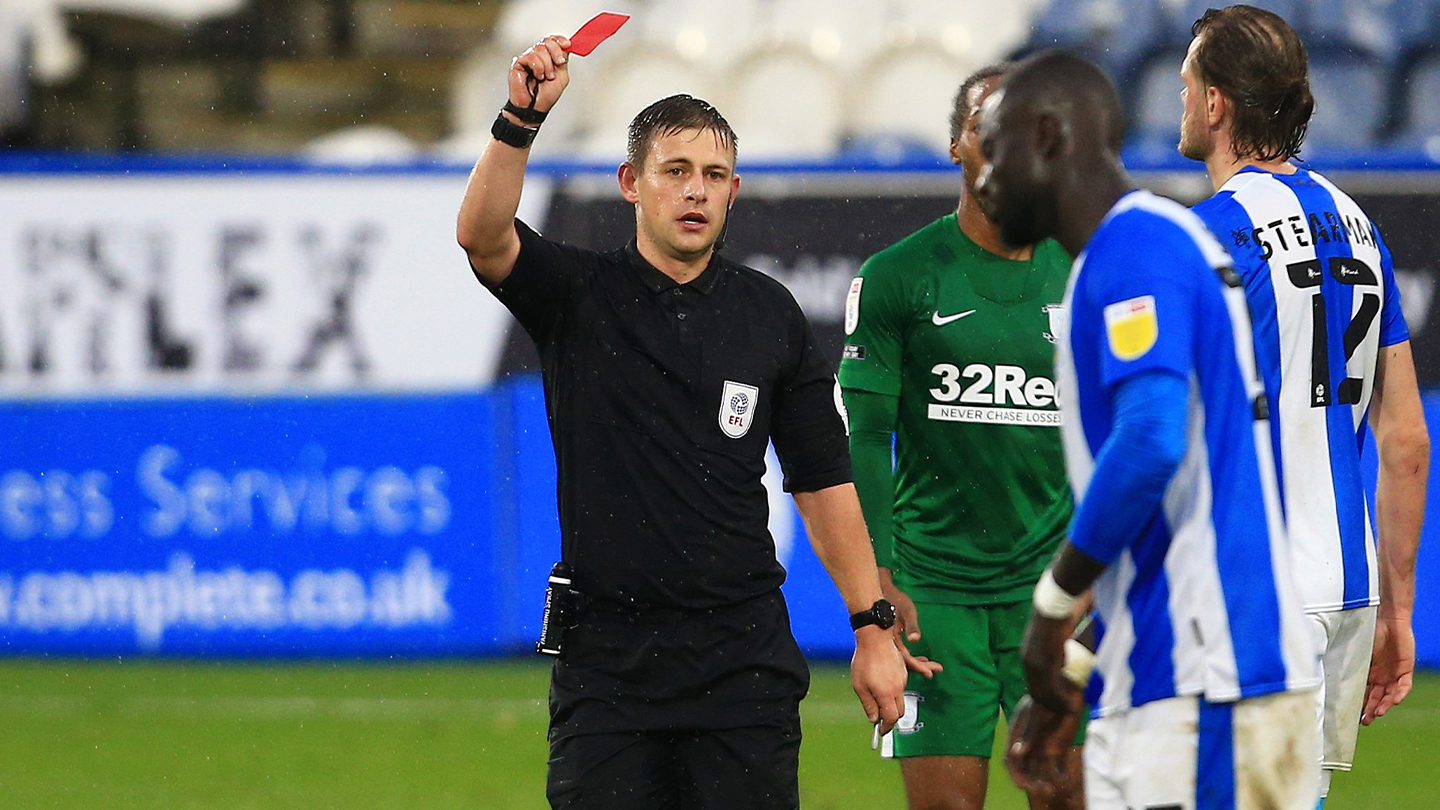 Joshua Smith will take charge of just his second Preston North End game this weekend, with the only other being last season's away victory over Huddersfield Town.

The referee showed defender Naby Sarr a red card for the Terriers after Alan Browne had turned the game on its head early in the second half.

So far this season, Smith has been in charge of the League Two fixture between Mansfield Town and Bristol Rovers, before overseeing Cardiff's Carabao Cup victory midweek over Sutton United.